Councils fail to spend billions of S106 and CIL money

Councils in England are sitting on billions of pounds in infrastructure contributions from developers, reveals a Property Week investigation. 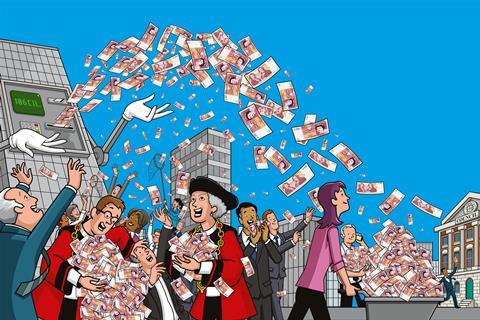 Property Week made freedom-of-information requests to all 343 councils in England regarding their Section 106 (S106) and Community Infrastructure Levy (CIL) contributions, asking how much they had received and spent.

“Clearly, there is a systemic problem in getting those funds spent,” said Ian Fletcher, director of policy at the British Property Federation. “If it is not getting spent, then communities will be disappointed.”

Barry Jessup, director at developer First Base, described the situation as a “scandal”.

Thomas White, a partner at commercial real estate solicitors Seddons, added: “One can see that, given the size of the figures involved, developers in future may query the reason for collecting these funds if the council does not seem to be deploying them anywhere.”

Earlier this month, new regulations came into force requiring councils to report how much they receive in S106 and CIL payments and how much they spend.