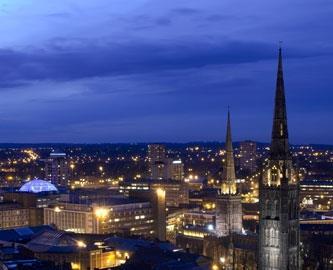 Coventry City Council is set to appoint architects The Jerde Partnership for its £1bn regeneration of Coventry city centre.

The move to appoint international architects to draw up a masterplan for the scheme is a major step forward.

Jerde’s masterplan will investigate ways to link together the separate shopping centres that make up the city centre of Coventry, working with both the council and private sector developers such as modus who own the land and shopping centre. The firm won the tender following an international competition.

Its proposals could include large scale demolition of parts of the existing centre and redeveloping it to double the number of shops. The council is launching a major consultation to get local views.

Ken Taylor, leader of Coventry City Council Councillor, said: ‘The city centre has remained relatively untouched since it was rebuilt after the war. It was pioneering but now it’s dated and tired and in need of a complete rethink. What we’re clear about is that we don’t want this to be another clone shopping centre. This is why we’ve asked Jerde to work with us to develop the masterplan: they will give us something unique.’

Modus development director Neal Dale, who heads the company’s Midlands office, said: ‘Since making our investment in Coventry, we have been impressed by the appetite of the City Council and other key land owners to work in partnership and deliver a long term change for the better.’

The Council is meeting to approve Jerde’s appointment on 15 January.