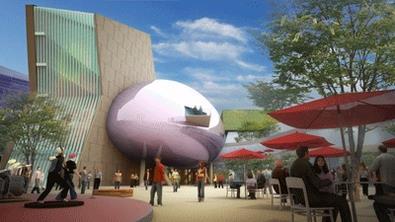 Coventry City Council has revealed a £1bn masterplan for the regeneration of the city centre.

The council has been working with architect The Jerde Partnership and consulted with local residents on its plans.

Leader of Coventry City Council, Councillor Ken Taylor, said: ‘Almost everyone agrees that we have to act, and act fast, in order to transform our city centre into a place where people want to live, work and play.

'This is the biggest regeneration project in Coventry for more than 50 years and it will only be successful if we work with local people and our private sector partners to make it happen.’

As a result of consultation, elements of the plan were changed.

The market area, for example, is now round, the Coventry Arena is more compact and the residential element of the scheme is now lower and spread around the centre rather than collected in high rise towers in one place.

The office element has also been reduced, and development will be phased. The public’s suggestion for small roof top gardens has also been included in the new plan.

Martin Yardley, deputy director of city development, said: ‘The masterplan has been funded by the Council and our partners and despite these difficult economic times everyone is still committed to making it happen. The timing could well be just right for us.

'Once this final masterplan is approved we have a lot of work to do such as developing detailed plans and working with retailers on ways of ensuring that the city stays open for business during construction work.’

The council plans to set up a development panel for the scheme and is due to formally ratify its masterplan this week.