The country was thrown into chaos this week after prime minister Boris Johnson did a U-turn and effectively implemented a nationwide lockdown on everyday life in an attempt to contain the Covid-19 pandemic. 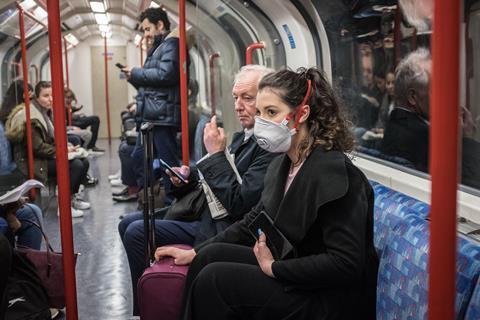 As the property industry scrambled to react to the sweeping changes introduced by Johnson on Monday, firms that had not already told employees they should work from home fast-tracked their remote working plans. Industry sources report that a number of deals that had been expected to complete in the last few days have been delayed or postponed.

Property Week also understands that occupiers have started to demand the inclusion of Covid-19 clauses in their contracts. One senior agency figure confirmed that a Covid-19 clause had been included in the heads of terms of an office leasing deal due to complete by 10 April. All parties have agreed to extend the deadline if anyone involved is forced to self-isolate.

In the first of his daily live televised addresses, the prime minister advised the public to avoid pubs, restaurants, hotels and other public spaces, a message met with incredulity by senior figures in the retail hospitality sector, who warned that it would drive companies out of business as they would not be covered by insurance unless a mandatory ban was introduced.

The subsequent £350bn coronavirus package to support SMEs announced by chancellor Rishi Sunak on Tuesday went some way towards assuaging concerns. However, it did not stop retail and leisure operators that were already teetering on the brink of collapse inundating landlords with requests for rent holidays.

UK Hospitality chief executive Kate Nicholls told Property Week that the rescue package did not go far enough as many hospitality businesses did not have pandemic clauses written into their insurance cover.

“For those that don’t have it, government has given extra support and grants, which is incredibly helpful, but events are running very quickly in this area and we’re moving towards greater restrictions,” said Nicholls. “This week is just the start of things to come.”

Earlier this week, Laura Ashley appointed administrators after the outbreak halted talks to save the business and H&M confirmed it intended to ask landlords for rent holidays.

“People are going to continue to spend less until they can get out and about,” warned Cooke. “In an ideal world, there would be some level of pent-up demand, but that might not come. There needs to be a stimulus to encourage that, which is essentially putting more money in the pockets of consumers for when the health crisis subsides. They are part of the solution to economic recovery.”

On Wednesday, the government announced that schools would be closed across England as of Friday.