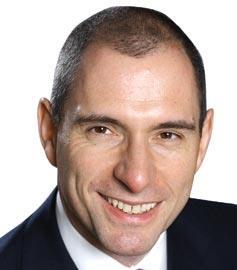 ‘The credit crunch will slow the pace of globalisation,’ was the warning from a top European property fund manager at a conference in Brighton today.

He warned that too many property investors had been seduced by 20%+ returns in emerging markets as a response to the cooling established markets, and that many of these will suffer.

‘The almost indecent haste of globalisation means that the global markets will slow down,’ said Cable.

‘I expect to be Reading about people who have lost the shirts off their backs, found they didn’t own the property after all, and their 'partner' has headed for the hils with their money in a suitcase.’

However, he added that there was still room for some larger investors to indulge in ‘property exotica’ in markets such as Vietnam and Brazil.

Cable predicted that property would still be a ‘winner’ out of fund diversification, but there would be a return to more simple fund structures.

‘The clever financial models bought by pension funds have not worked,’ he told delegates.

‘Innovation is out – experience is now in.’