David Topham, chief executive of Manchester-based developer CTP, has passed away aged 65 after a short illness. 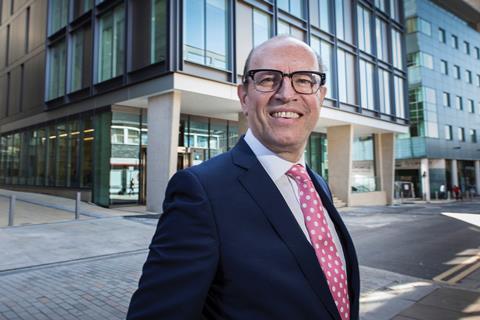 Initially Topham aspired to work in hotel management and his first job was as a trainee hotel manager at the London Hilton, but he moved back to Manchester to take on the role of accountant in his father’s building company. He founded CTP in 1987 with his brother Richard.

During his career he delivered a number of important developments, including St Paul’s Place in Sheffield and Wakefield Waterfront, which helped kickstart the regeneration of the city, in addition to a number of schemes in Leeds’ thriving South Bank area. More recently he worked on the £200m Pall Mall scheme in Liverpool, which consists of 400,000 sq ft of grade-A office space plus a 280-bedroom hotel.

In a 2018 interview with Property Week Topham extolled the virtues of “design-led placemaking”, which underpinned all of the developments he delivered. “We believe that value can be generated from the delivery of good structures and making places that people want to inhabit. This helps to drive value and that’s ultimately what our brand is all about,” he said.

In a statement Richard Topham said: “He was a very intelligent, kind and generous person and he was delightful company. He built a very substantial business and was a great leader.”

David Topham’s daughter Camilla, co-founder of property consultancy Distrkt, said: “Dad was a marvel, a wonder and a magnificent, thoughtful and generous family man both at home and in business. He was an incredibly skilled developer who cared deeply about the built environment and has left the world in a better place than he found it. He is deeply missed by all of us whom he inspired so much.”

Topham leaves behind a wife and five children.