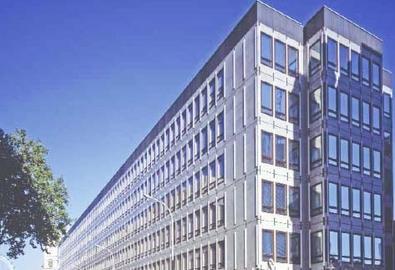 D2 Private is set to buy an office block in London’s West End, in what will be the area’s largest office deal since the onset of the credit crunch.

Legal & General’s Life and Linked Life funds put the block on the market in September at a price of £200m, reflecting a yield of 4.25%.

This was viewed with cynicism by some agents in the market, who were anticipating a price adjustment as a result of the increased cost of debt that was pushing many buyers out of the market.

Following a refurbishment to grade A standard in 1996, the entire building was let to the government for 25 years with upward-only rent reviews in 2011 and 2016. The government has been paying £9m a year in rent – equivalent to £32/sq ft since last year’s rent review. Average office rents in Victoria are £67.50/sq ft.

D2 owns 12 St James’s Square in Mayfair, where US hedge fund manager Permal is paying £140/sq ft – the highest rent in the world.

The purchase could be seen as a bold move by D2, considering the uncertainty in the markets.

In recent months the market has been littered with high-profile deals that have collapsed.

The latest research from financial services group Smith & Williamson has revealed that respondents’ confidence in commercial property has fallen to 58%, compared with 91% last year.

John Voyez, head of Smith & Williamson’s property group, said: ‘The ripple effect of problems in the US subprime lending market has been felt in the UK. After over a decade of growth, the property market has finally peaked.’

In September IVG Asticus pulled out of buying 7-8 St James’s Square from Hermes for £140m. The block has since been sold to Pacific Group for £120m.

Berkshire House, a 52,000 sq ft office building at the corner of High Holborn and Shaftesbury Avenue, was another victim of the credit crunch following the collapse of the £44.3m offer from City Offices, backed by Eurohypo.

It is understood that Berkshire House is under offer at £35.5m to a private investor after Invista dropped the £38m asking price.