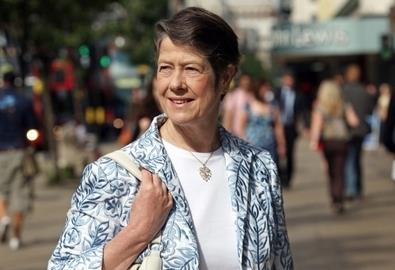 The New West End Company has appointed Dame Judith Mayhew-Jonas to lead a £1.5bn investment programme over the next five years as chair of the company.

Dame Judith, former chair of the City of London’s Policy & Resources committee, will lead the business improvement district’s strategic board, made up of senior representatives from retail and property companies such as Land Securities, John Lewis Partnership, and The Crown Estate.

Investment programme
The New West Company and its industry partners Transport for London, Westminster Council and the Mayor of London will invest the £1.5bn into the area for schemes such as upgrading Tottenham Court Road and Bond Street tube stations.

It said it was rising to the challenge of 2012 by appointing a high profile business leader and that Dame Judith, who is current Chair of Royal Opera House, has ‘exceptional expertise to lead New West End Company and London’s West End as it continues to champion the biggest regeneration programme of its history’.

Expert knowledge
The company said she was chosen because of her knowledge of the City and experience in both the public and private sectors which would complement the retail property and tourism expertise of New West End Company’s board and chief executive.

Mark Fenwick, board member of New West End company and chairman of department store Fenwick. said: ‘We are delighted that Judith will become our new Chair. She has all the qualities needed to help ensure we deliver the multi-million pound investments needed to improve the environment of the West End and to help us maximise the benefits from major events in London, such as the Olympics and the construction of Crossrail. She is also an excellent ambassador for the West End as we continue to work closely with the Mayor of London and Westminster City Council to ensure that we remain the world’s top shopping destination.’

Reconcile goals
Mike Hussey, board member of New West End Company and managing director of London Portfolio for Land Securities, said: ‘There are short and long-term goals to reconcile as well as a number of key partners to bring on board. We are confident that Judith will pull these various parties together to provide an attractive and coherent proposition to drive the West End forward as the world’s number one retail destination as we lead up to the 2012 Olympics.’

Jewel in the crown

Dame Judith said: ‘Over 200 million people visit the West End every year, coming from the UK and all over the world for its unrivalled mix of shops, restaurants and theatre. It is a real jewel in London’s Crown and I am looking forward to being part of its future.'

Former Chairman, Ian Henderson, will remain president of New West End Company until September 2008. Interim chair, Ann Humphries of John Lewis Partnership will remain on the strategic board as a non-executive director.