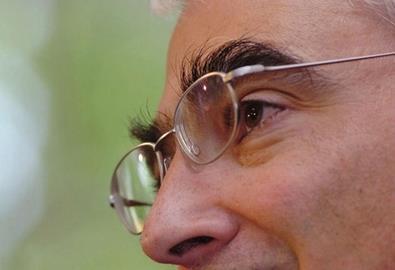 Alistair Darling said he would do whatever it takes to stabilise the UK's financial system and that he could continue to deliver a strong economic framework for the UK.

Speaking at the Labour party conference today with a speech entitled 'winning the fight for Britain's future', he said the government would take the necessary action to calm the financial markets.

This will include regulation to counter the bonus culture that had led to 'excessive risk taking rather than sound investment'.

He said the UK would also work with other governments including the US to ensure that the threat to the global economy was contained.

Darling said the economy remained strong and that inflation would soon peak before falling next year.

He said the Bank of England had been authorised to inject more than £100bn to help stabilise the banking system.

The government will also introduce a new banking reform bill this autumn to aid 'effective regulation'.

He said the government would continue to deliver measures that would aid the economy such as rebates, stamp duty holidays, inheritance tax rules, and measures to reduce energy savings.

Darling said there would be bumps along the way and making reference to the furore caused my an earlier interview with the Guardian said: 'I made headlines a few weeks ago by saying how tough it is... But it is my job to be realistic.'

'Britain is strong. Our economy is sound.

'Times are hard but we must keep things in perspective,' he said.