Derwent London confirms Cancer Research is to head to Angel 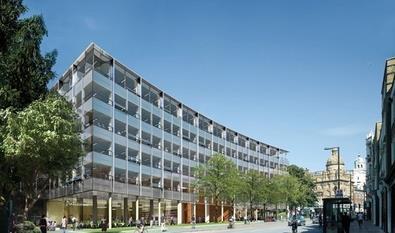 Derwent London has agreed a 140,000 sq ft prelet to Cancer Research at its Angel Centre building in London’s Islington area.

As tipped by Property Week (News 02.05.08) the UK charity is to relocate its head office to the 263,000 sq ft scheme on the corner of St John Street and Pentonville Road near Angel Tube station.

There is a rent-free period of 24 months and a six month penalty if the break option is exercised. Until practical completion Cancer Research also has the right to take the remaining 28,804 sq ft of the third floor at a rent of £41/sq ft or to exclude the entire third floor from its occupancy.

In February this year, Derwent London secured planning permission from Islington Borough Council for an Allford Hall Monaghan Morris redesign of the 162,000 sq ft existing building, which increased the size of the building to 263,000 sq ft.

The building was formerly occupied by BT, which surrendered its lease last year but continues to pay £4.3m a year – around £25/sq ft – until the refurbishment is completed in March 2010.

Derwent London said the letting meant more than 50% of the building had been prelet prior to its completion in the middle of next year.