The developer behind plans for a major regeneration project in Aberdeen that would have seen more than 450 student beds and a 193-bed hotel come to the city has pulled out of the scheme, it has emerged. 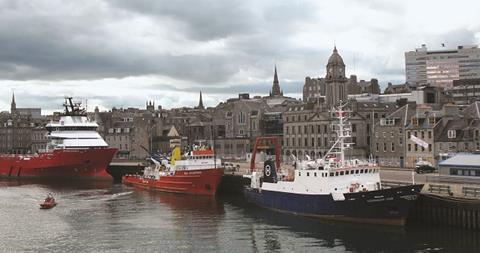 Atholl Square Developments had agreed to buy Atholl House, a 53,625 sq ft office building in the city centre, and planned to demolish it to make way for three towers housing student accommodation and a hotel.

However, the developer has now abandoned the purchase, and the building’s owner CLS Holdings is instead marketing the office to let through Knight Frank and Savills.

Simon Wigzell, head of group property at CLS Holdings, said on an analyst call following the company’s full-year financial results last month that the firm would try to secure planning itself for the scheme following the failed sale.

However, the collapse of the deal could cause significant delays to the project, which also involved the creation of new public space, the pedestrianisation of surrounding roads and the reopening of disused platforms at Aberdeen’s train station.

The company had exchanged with the developer on the office, Wigzell said, but the prospective buyer “didn’t perform” and walked away from the deal, forfeiting a £1.5m deposit.

CLS Holdings would now do some “short-term lets just to get some income” while trying to finish the planning process for the proposed scheme before putting it back on the market, he added.

The head lease on the building expires next month. The office is vacant, after tenants on subleases relocated to make way for the sale and demolition. CLS Holdings is open to letting out the office as a whole or on a floor-by-floor basis.

The news of the failed sale comes at a turbulent time for the Aberdeen market, caused by a slump in oil prices last year. Office investment reached just £19m in 2016, compared with £500m just two years earlier.

Willie Young, finance convener at the city council, said the news was a “short-term” setback for the project, but insisted a solution would be found.