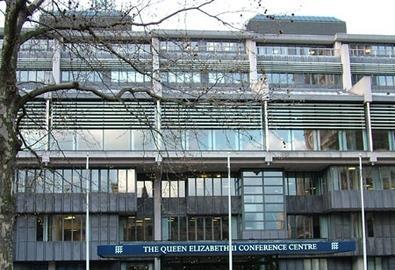 The Department for Communities and Local Government has appointed Drivers Jonas to advise on a disposal strategy for the QEII Conference Centre in London.

DJ will report on a disposal strategy in September 2009 following a review of the existing business and investigations into the planning and development potential of the site.

The Government is selling the QEII, which was purpose built in 1986 as a secure conference centre for the government, as part of plans to sell off non-core assets to raise cash. The plans were confirmed in the Budget in April as part of the Operational Efficiency Programme.

DJ lead partner Jon Milward said: ‘The sale of the QEII is likely to attract considerable interest from UK and international operators, investors and developers.

'Whilst the existing conference centre business appears robust, we think further value could be generated from the asset if transferred into private ownership. We also believe that there will be significant interest from those with an eye to a medium or longer term redevelopment play, looking to capitalise on the site's unique location at the heart of Westminster.’

DJ also sold the Chelsea Barracks site for the Ministry of Defence for £959m in 2007 to Qatari Diar – however the market has changed since then.

Murray Quinney, head of estates at DCLG said: ‘The QEII Conference Centre is an internationally recognised facility in a unique, high value location. By setting a realistic disposal timetable of 2012, the Government is looking to secure a sale in more favourable economic conditions.’

The sale is being handled by the DCLG and the Government’s Shareholder Executive.