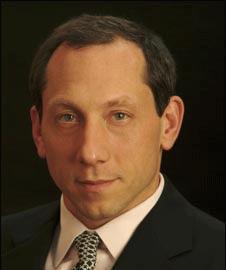 DTZ’s new chief executive, Paul Idzik, says that he relishing the chance to turn around the troubled property services firm.

Speaking in the wake of DTZ’s equity raising announced this morning Idzik said: ‘I had the chance to do some due diligence before joining the company, so I wasn’t overly surprised. One of the things that I wanted to do in my career was a turn-around. And I have not been disappointed by coming here.’

His comments followed DTZ’s announced 203.8m share issue at 27p with which it hopes to raise £55m in order to continue meeting interest payments on its loan to Royal Bank of Scotland, and finance group restructuring.

Of this sum, £40m has been committed by its largest shareholder, French Saint George Participations (SGP) group that would see it take a 77.8% stake in the firm.

Despite having one shareholder with such a dominant stake in the company, Idzik said that DTZ intended to remain a publicly listed company: ‘We signed a relationship agreement with our largest shareholder that stresses maintaining the independence of the company both from a publicly traded company as well as management independence, so we have a formal relationship agreement with them and both parties would not have signed it unless they meant to adhere to it. It is our intent to remain publicly listed.’

He refused to comment on the likelihood of a merger, stating: ‘It is certainly not top of mind right now.’

Idzik said that the restructuring of the business would lead to ‘changes in the executive suite’, and could see the firm withdraw from some global markets.

One cost cutting measure he cited was the introduction of ‘gobal platforms’ such as a global IT system that would handle finance, HR and client relationships.

DTZ shares fell 21% to 23.25p a share following the announced share placing and the news that it had suffered an £11.2m pretax loss in the six months to 31 October.