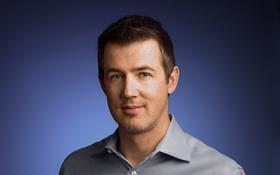 Pittman, formerly of Google, Apple and eBay, will take over the top role at the growing 3D capture technology and data firm from outgoing chief executive Bill Brown, who will stay on in an advisory role.

He will be charged with continuing the growth of the proptech group which recently reached 1.4 million 3D models of real-world spaces captured by its technology.

Since launching in 2014, Matterport has raised more than $70m (£55m) from investors including Lux Capital, DCM Ventures, Qualcomm Ventures, Felicis Ventures and Greylock Partners alongside expansion into Europe and beyond residential real estate to include commercial real estate, architecture, engineering and construction, insurance, travel and hospitality.

David Gausebeck, co-founder and chief technology officer of Matterport, said: “We are approaching a tipping point in market adoption of 3D models to transform how building environments are designed, developed, experienced and managed. The commercial applications are quickly unfolding, and Matterport’s industry-leading technology is well positioned to drive rapid market expansion.

“RJ’s operating experience at scale, paired with his entrepreneurial DNA and deep product vision, will be instrumental to unlocking the full potential of our breakthrough technology and unparalleled 3D media and data. His reputation for driving transformation and creating high-performance teams will invigorate our organisation, attract world-class industry talent, and accelerate our next phase of growth.”