Liverpool developer Elliot Group has placed three schemes into administration after failing to raise the necessary funding to keep them afloat. 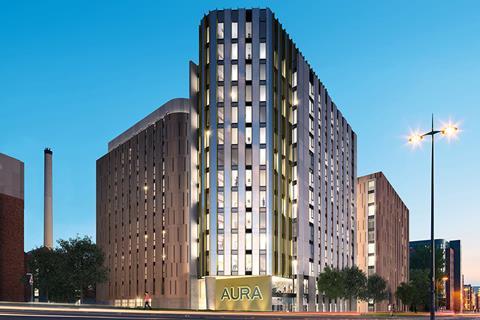 In Liverpool, student accommodation scheme Aura, and residential development Infinity Tower have been placed into administration, along with Salford resi scheme The Residence.

Administrator David Rubin & Partners have been engaged for the three projects.

Construction of the schemes had been on hold after Elliot Group’s institutional investors paused funding because of an ongoing fraud investigation.

It said at the time the business would be asking original investors to bring forward final payments to enable it to complete the projects.

Elliot Group founder Elliot Lawless was arrested last year on suspicion of conspiracy to defraud, bribery and corruption, and was subsequently released on conditional bail.

His arrest coincided with that of a Liverpool City Council official who was arrested on suspicion of conspiracy to defraud and misconduct in public office.

In a statement today Elliot Lawless, who has denied the fraud allegations against him, said the group had “explored every option available, but in light of the investigation, existing investors were cautious about backing the projects to their conclusion”.

The group had been in talks with Aura contractor Vermont Group taking control of the scheme. A spokesperson for Vermont said it had been working with Elliot Group for a month to find a way to get construction of the 1,000-bed residence moving again, but that they we were “unable to agree terms and the necessary security provisions with Elliot Group in respect of Aura and have had no alternative but to withdraw from these discussions.”

The spokesperson added: “The Vermont team are extremely disappointed at this outcome, however we remain committed to assisting all parties in exploring how this project can be completed in due course.”

Lawless added: “As we enter the administration process, we’ll continue to work proactively with investors to explore how we can help them crystallise their investments and get the projects completed.

“They are good schemes in great locations, and I want to see them through. We’ve delivered 100% of all our schemes in the past and I am intent on maintaining that track record.”