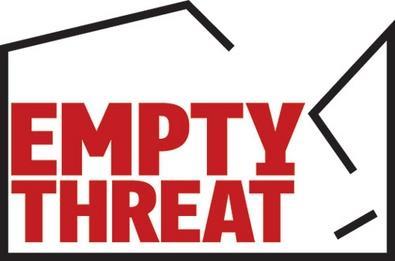 A controversial tax on empty properties will hit businesses, halt development and see a wave of existing buildings demolished in the face of huge tax bills, said the BPF today.

It warned today that businesses occupying commercial premises are being hit hard and taking at least 50% of the tax burden through leases on property they no longer need.

The changes in empty rates relief came into force on 1 April. Owners of empty properties now face 100% rates bills after six months of vacancy for industrial property, and three months for all other commercial property.

The BPF said that while landlords can take the decision to demolish a building occupiers cannot simply demolish unwanted space and have no choice but to continue to pay full rates even on empty property. It said many face bankruptcy as a result which will stifle the UK’s economic recovery.

Businesses holding warehouse or factory space, which previously were subject to 100% relief, have been particularly hit by the withdrawal of relief.

‘It is simply a tax on business failure and makes no sense,’ said BPF president Francis Salway, chief executive of Land Securities.

Ian Coull, chief executive of Segro, said: ‘Like many others we are demolishing more buildings as empty rates make it uneconomic to look for low-rent tenants for older properties as we would have done in the past.

‘But many of our tenants will be even worse off in the short term, as they will have no choice but to pay what is essentially a second mortgage on space they can neither use nor sub-let because of the decline in the economy.’

Peter Cosmetatos, finance director at the BPF, said: ‘In trying to fill holes in his budget, Alistair Darling is causing more chaos to the economy with an ill-conceived move that is hurting regeneration and reducing the supply of affordable property that is essential for business.

'The tax is causing older buildings to be demolished early and new projects to be shelved.

‘The result will be less available property and higher rents when demand begins to recover, in a complete contradiction of Mr Healey declared aims.

'This makes a mockery of the government’s stated commitment to delivering sustainable commmunities, its Green agenda and its supposed willingness to support business and work openly.’

The BPF and other groups, including the Confederation of British Industry and the British Retail Consortium, say that a tax on hardship is unfair and that, in a downturn, no amount of tax ‘could conjure up demand’.

A hotline set up by the BPF for businesses to report the effects of ‘empty rates’ has revealed hundreds of buildings being demolished early as owners choose between paying a ‘second mortgage’ of rates.

The BPF said: ‘Many are cutting their losses and razing their buildings to the ground while they wait for a recovery.’