Gaucho group’s private equity owner Equistone has appointed KPMG to assess options for the future of its 22 Cau restaurants across the UK. 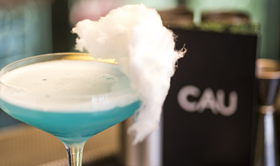 Investment to grow Cau, which opened seven sites in each of the past two years, saw Gaucho Group’s year-on-year pre-tax losses double to £14.7m in its latest annual report.

Cau was launched in 2010 and serves burgers and brunch with a ‘Buenos Aires theme’ alongside steak dinners.

A company spokesperson for Gaucho said: “As part of a comprehensive strategic review, the group’s new management team, with the support of its shareholders, is at the early stages of exploring a number of financial restructuring options. No decisions have yet been made.”

The group’s 16 Gaucho-branded restaurants, which are mainly based in London, are not being considered for closure and continue to trade well. Equistone bought the Gaucho group in January 2016 having backed a management buyout in 2005.