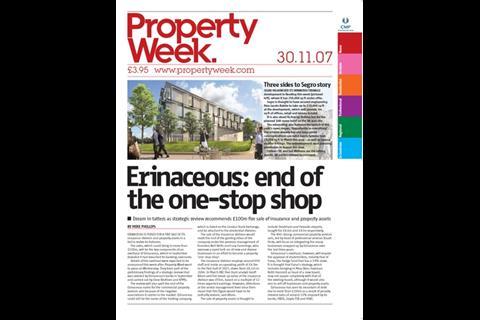 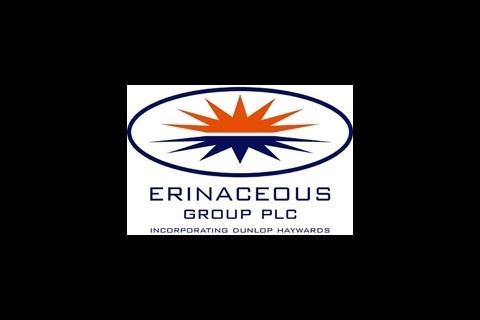 Erinaceous said today it is exploring a sale of its 600-strong insurance arm.

As revealed in Property Week (news, 30.11.07), the struggling property services firm is likely to sell its insurance arm to pay back debts which currently stand at more than £200m, 54 times it current market capitalisation of £3.7m.

In a statement to the Stock Exchange this morning, Erinaceous said: ‘Following a significant number of approaches from parties interested in acquiring Erinaceous Insurance Services, the Board has decided to review whether a sale of EIS at this time would be in the best interests of the group.

‘It should be stressed that this is a preliminary review of third-party interest in EIS and, as such, is part of the overall strategic review process during which all other alternatives, such as a possible debt for equity conversion, are still being actively investigated.’

Erinaceous said that whatever action was taken to reduce debt was likely to significantly dilute the value of shareholders’ holdings.

Its shares dropped 15% to 3.5p following the announcement. It was the worst performing stock in the UK in 2007, losing 99% of its value. The plummet in value came after several potential takeover bidders walked away from the company between April and August. Then, in September, it revealed that it had made a loss of £3.9m in the six-months to 30 June and was in breach of its banking covenants.

Erinaceous’ insurance arm made an adjusted profit of £4.9m in the six-months to 30 June 2007. In March, KBC Peel Hunt analyst Geoff Allum said that Erinaceous could sell its insurance arm for £93m, based on a multiple of 12 times expected full year profits for the division of £8m.

Erinaceous said today that its insurance arm had been ‘largely insulated from the issues facing the parent’ but it is thought that the departure of senior staff and the problems facing the company will impact on full-year earnings.’