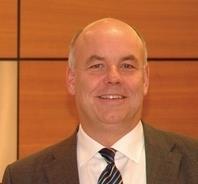 Following a 35 year career at the firm throughout its various incarnations, Gallagher has now established GM Property Consulting, a limited liability partnership.

The only other partner listed at Companies House is accountant John Miller, who Gallagher says is a friend of many years, and also used to work at Dunlop Heywoods.

Gallagher said the partnership would focus on mixed-use development with a strong office element.

He said he would be seeking further partners from across a range of disciplines before the end of the year.

It is expected that GM Property Consulting will be headquartered in Manchester, Gallagher’s stomping ground for the last three decades, although it has not yet finalised an office location.

His decision to set up GM ends the rumours surrounding Gallagher’s future since he announced in October that he was leaving Erinaceous.

Gallagher is one of the city’s best known property figures. He joined Dunlop Heywoods in 1972.

The firm was then bought by Erinaceous in 2004 and rebranded Dunlop Haywards.

He was instrumental in the creation of Allied London’s Spinningfields office development in the early 1990’s.

Earlier this year, however, Erinaceous lost the instruction on the scheme to DTZ.

Gallagher left Erinaceous along with Phil Meakin, the head of office agency, and Paul Day, the head of industrial agency.

The departures took the number of directors to have left the company to more than 20 in the last 18 months.