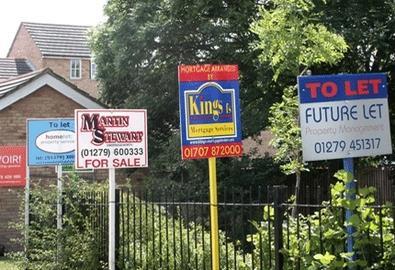 Confidence amongst estate agents is at its lowest point in fifteen years, the Royal Institution of Chartered Surveyors warned today.

In its UK housing market survey for December 2007, made available today, RICS reports that 61% of surveyors have reported a fall in prices over the last three months compared to 38% recording no change and 1% recording an increase.

The figures indicate that the seasonally adjusted balance of surveyors reporting a rise in prices is -49.1% - the worst since November 1992.

‘The housing market is clearly feeling the pinch from the credit crunch and the round of interest hikes in 2007,’ said RICS spokesman Ian Perry.

‘The coming months will be of great importance and many would-be-buyers will be watching the Bank of England’s interest rate decisions while lenders remain reluctant to part with finance.

‘The Bank of England may have to cut rates further if the market is to remain in a stable condition.’

But he also said that the economic conditions are significantly different to the early nineties recession.

‘While sentiment seems to have reached its lowest ebb, the underlying economic conditions are vastly different to what the country experienced in the early 1990s,’ he said.

‘Supply would have to loosen considerably before prices experience a significant dip.’

The heaviest reported prices falls were in the West Midlands and East Anglia. Scotland was the only region to report price rises.