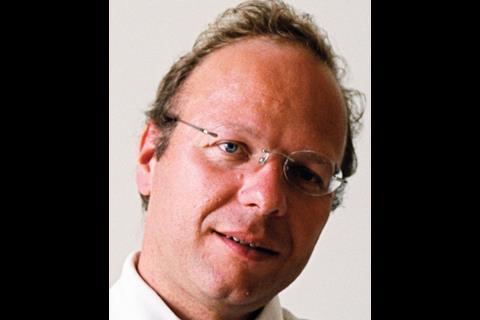 Looking for an Anglo angle: Poitrinal admits ‘the UK is a very specific market which we know very little about’ 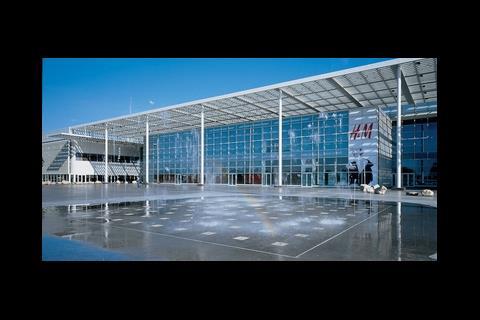 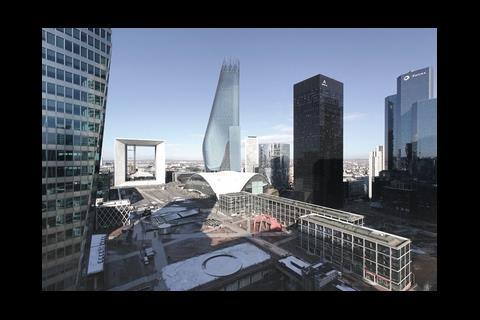 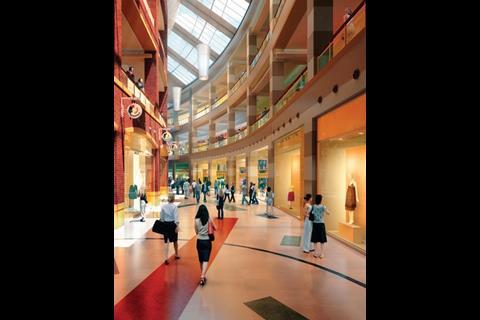 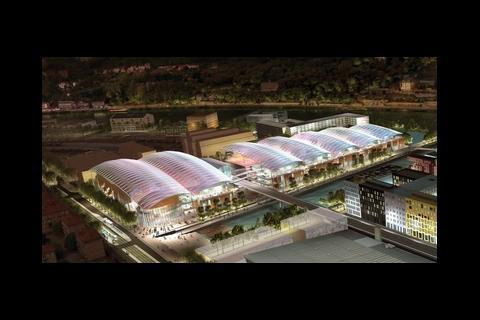 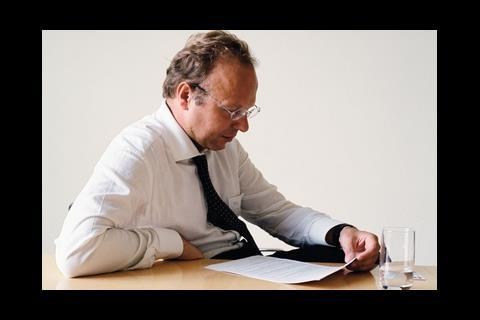 Guillaume Poitrinal is the man behind Europe’s biggest-ever property merger the tie-up between Unibail and Rodamco.

‘I never really pay attention to age. I’m very old in terms of the amount of time I’ve spent in the office.’

So says Guillaume Poitrinal, who at the tender age of 39 is the chief executive of Unibail-Rodamco, Europe’s largest and newest listed property company.

Like many of Unibail’s elite, Poitrinal is a graduate of HEC International Business School in Paris. The Rodamco deal certainly proved that youth is no barrier to his ambition, but there is still a lot of ‘grey power’ among Unibail’s board and non-executive directors, who have an average age of 64.

As for Poitrinal, he wastes no time sitting back, loosening his tie and divulging his number one hobby shopping.‘I really like Banana Republic in the US, but We have not yet managed to introduce them to our centres,’ he says, displaying a hint of Gallic temperament.

It is easy to imagine him strutting his stuff in the boardroom next door. Sometimes, it is hard to tell if we are doing an interview, or if he is doing a presentation. ‘Key question!’ is his catchphrase, invariably delivered with unblinking eye contact and one finger aloft. Then, after a short pause, he relays the answer.

So what are the key questions for Unibail-Rodamco? A quick ring-round of heads of pan-European property companies reveals much interest in what this young Frenchman will do next with his pile of prime assets.

Disposing of the office and conferencing businesses to concentrate on retail is predicted by many. Not so, says Poitrinal. Some retail disposals will be a certainty, he accepts, but there are significant plans in progress for extending and refurbishing the existing shopping centres to make them ‘super-prime’. And when it comes to future acquisitions, he has more of a soft spot than his forebears for the UK.

‘The strategy is very clear: exporting Unibail’s know-how onto a bigger portfolio, and capitalising on Rodamco’s assets,’ says Poitrinal. ‘The key question was not size, ego, or [French stock market index] CAC 40 company creation. The question was always value creation from the bottom up.

‘Starting from the basics: how can we attract more people to this shopping centre, make it a nicer place and in which retailers are missing? That’s the name of the game.’

He describes Rodamco’s culture as being ‘more of an investor than an operator or developer’.

‘It has have been very successful, and achieved the number one position in Spain, Scandinavia, central Europe and the Netherlands plus it has some very nice assets in France but it has never developed the operating and development expertise that Unibail has been developing across France for the last 25 years.

‘We have the same kind of retailers throughout Europe H&M, Zara, Sephora and Hypermedia who are now expanding.

‘Plus, there are the customers. They don’t just want a lot of shops. They want leisure uses, free events being organised, a very special atmosphere, and better architecture of the indoor and outdoor space. We need to concentrate on developing new shopping centres that meet these desires and, on the other hand, transforming our existing shopping centres.’

Retail is the pillow, but offices are the margin

The perception is that the Rodamco assets have not had their full rental potential extracted. ‘By the end of this year, we will present a five-year plan for all our assets, particularly the former Rodamco assets,’ he reveals. This will identify which assets can be extended, which could be renovated and in some cases which will be disposed of.

‘The key question is not the number of countries we are active in, but what our weight is in each country,’ he continues.

‘What we are really talking about is larger cities. The cities we want to build our presence in are Stockholm, Amsterdam, Paris, Marseille, Barcelona and Madrid.

All of these markets have a very strong catchment. We will never be an average player in smaller cities and towns.’

Beyond his A-list, Poitrinal is also interested in the retail prospects of Vienna and Prague, but views Asian expansion as a step too far.

‘We are not passive investors,’ he emphasises. ‘We want to create a strong presence, and the best local team. We can sit in front of the best-performing retailers and show them how we can open the door to these pockets of wealthy people. There might be some disposals. Each and every asset in itself should be overperforming. If it is not overperforming, let’s dispose of it.’

His team is also ‘working on a number of very big projects’ involving new retail developments. But for now, Poitrinal’s key focus can be summed up in one word: rents.

‘We have made much more money capturing the reversionary potential of rents than sitting on capital values over time,’ he says. ‘The story will be the same in the future.’

Bressler, who was part of Unibail’s merger and acquisitions team and is now a partner at financial services firm Perella Weinberg Partners, has spoken publicly about the ‘huge potential’ for increasing rental income across the Rodamco portfolio.

‘We have a very good relationship,’ says Poitrinal of his mentor. ‘We talk to each other about business, the weather, skiing, opera, cinema.’

Bressler says: ‘His biggest challenge is to integrate the two companies and create a culture that is truly European, rather than French or Dutch. It’s a much bigger company now, so he must keep up the entrepreneurial spirit.’

However, Poitrinal has a more immediate problem. In June, share prices fell across the listed property sector, and Unibail was no exception.

‘Of course there are ups and downs,’ Poitrinal admits. ‘If I were an analyst, I’d be looking at the fundamentals. What is in the stomach of the company? That’s something few analysts are asking. They look at property as if it is a global sector and a global market, but that’s not true.

‘I very much hesitate in giving global judgements. Supply and demand from both leasing and capital market perspectives are very different.’

Analysts have picked up that the Unibail-Rodamco balance sheet boasts a relatively low loan-to-value ratio of 28%, and has an ‘A’ rating from Standard & Poor’s quite an achievement for a property company.

‘Standard & Poor’s indicates we could go up to 45% and retain our single ‘A’ status,’ Poitrinal says. So will he? ‘Given the potential of our assets, there is a gut feeling we may want to add more leverage on the balance sheet. The decision will be taken by the end of this year, after we present the five-year strategy for our assets.’

Among the changes in the pipeline are the location of Unibail-Rodamco’s head office.

‘The centre for international operations will be based in Schiphol, Amsterdam,’

reveals Poitrinal. ‘At the same time, our legal headquarters will be in Paris because the company is incorporated here. I will spend a couple of days a week in each office, and the rest travelling around Europe, visiting our assets.’

There is truth to the rumour that Unibail-Rodamco wants most of its assets to be within two hours of Schiphol airport.

‘I strongly believe proximity to our assets is very important,’ Poitrinal says. ‘I’m convinced that senior management should be involved in the definition of the strategy for every significant asset. This focus is extremely important in order to deliver super returns.’

For someone who ranks shopping as his hobby of choice, what has his own research turned up?

‘What I really like are specialised concepts,’ he says. ‘There is a French concept called “Du Bruit dans la Cuisine”, which literally means “noise in the kitchen”. A chef will come and do live shows, and you can buy anything ranging from pasta and olive oil to kitchen equipment.’

The conveyor belt at Yo! Sushi has also captured his interest my kids love it’ and he is a fan of US soft toy chain Build-a-Bear.

‘I like the concept of mixing up a personal experience with a strong brand identity,’ he says. ‘Shops need to be more fun if they want to attract more people. If not, the key question becomes the price you are ready to suffer in the shop if you are rewarded by a low price. That’s not our business. We don’t want to have discounters.’

Retail is certainly the company’s beating heart, but that is not to denigrate its office development and exhibitions businesses.

Competitors describe Unibail-Rodamco as ‘a retail property company with add-ons’. One commentator describes it thus: ‘Retail is the pillow, but offices are the margin.’

Poitrinal states unequivocally that there are no plans to sell off either part of the business, but confesses that expanding the office portfolio across Europe is not the focus.

‘In the office business, size is not that important. The key question is having the right team, and the ability to move quickly and seize opportunities,’ he says.

‘The size of the office portfolio will evolve over time. We will sell assets where the value-creation story for us has more or less ended, and we have 35 experts who can handle very large, complicated development projects. We are still very positive about the Paris office market and believe it’s one of the best in Europe.’

As for exhibitions, he says: ‘On the contrary, we want to expand the business. The market is a good one. There is limited quality supply and good demand.’

Despite Unibail-Rodamco’s status as the largest property company in Europe, it has yet to own or develop a single asset in the UK. Before the Rodamco deal, Unibail was linked with Hammerson, and market pundits predict that it will not be long before the UK beckons again.

‘The UK is a very specific market which, frankly, we know very little about,’ Poitrinal admits, adding: ‘It has always been very expensive.’

‘We have so much to do in continental Europe to build up a strong management team, I doubt we will be very active in the UK for at least a couple of months,’ he says seriously, before his face erupts in a broad grin. ‘If not a couple of years.’