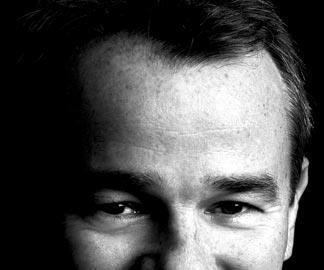 Cole, who was chief executive of business park developer Akeler until last spring, joins on 1 May.

He resigned as chief executive of Abstract Ventures, a subsidiary of Mark Glatman’s Abstract Securities, at the end of February.

Cole joins at a time of uncertainty for residential developers (see databank, p48). Oracle, which is led by chairman David Burke, has a £2bn portfolio of schemes and land, containing 6,000 homes, predominantly within the M25.

Cole’s role will be to increase the 500,000 sq ft of commercial content among existing schemes and seek investment properties.

He will also expand the business overseas, where Oracle is targeting £500m of assets within five years.

It will aim to invest in European offices and retail property, as well as leisure resorts further afield. It has already investigated potential investments in the Dominican Republic and Mauritius.

Burke said: ‘We are investing heavily into growing the business. James joins Oracle in an operational role as a member of the executive board and we are enthusiastic about growing our urban mixed-use programme in the UK and globally.’

Cole will form part of a reshuffled executive board alongside Burke, finance director Paul Pollard and managing director Darryl Flay, who also becomes joint chief executive, in charge of residential. Oracle is seeking additional managing directors for both divisions.

Cole said: ‘Oracle has invested in commercial property in the past but had drifted towards the residential side over the past few years. By bringing me into the group we can balance that side of the business.’

Cole was appointed to expand Abstract into new ventures, including investments overseas, less than a year ago. Glatman said the Abstract Securities special purpose vehicle would not be disbanded.

‘It was a company formed to give him a focus,’ Glatman said.

‘We’ll use it for something else. He felt he didn’t want to be a deal-doer and wanted a management role. I don’t want managers, I want people to do deals. I do the managing.’