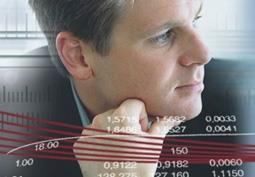 The fall in UK property values could cause securitised loans worth £2.4bn to go into default.

Credit rating agency Fitch warned today that it had changed its rating to ‘negative’ on four commercial mortgage backed security (CMBS) transactions it had rated that included UK property as collateral.

The four CMBS transactions were issued by Lehman Brothers, Morgan Stanley, Deutsche Bank and a consortium of Credit Suisse and Capmark.

Fitch said that the fall in values could mean that the CMBS loans could not be refinanced when the loans matured.

CMBS loans were vital in fuelling properties recent bull run, as they allowed some banks to move loans off their balance sheets and thus lend more money at cheaper terms.

‘Most CMBS transactions rely heavily on the sale or refinancing of the charged assets - in most cases commercial property - for repayment of its debt. As values fall, the likelihood that a sale or refinancing will deliver sufficient funds to make such a principal payment reduces.’