Farewell to agent John Wills, once 'king of the West End'

Tributes poured in this week to legendary agent John Wills, the former head of West End at Healey & Baker, who has died at the age of 83. 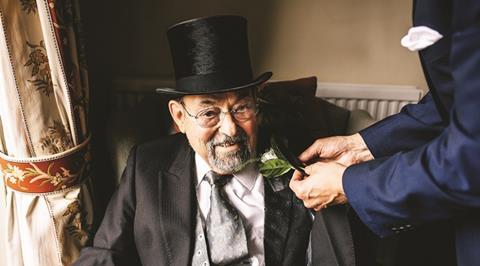 The tributes for Wills, who was once known as ‘the king of the West End’ were led by his son, Mark Wills Williams. “My dad was a doting husband, father and grandfather, and the messages of kindness my family and I have received have been a welcome support at this difficult time,” he said.

“Many of his industry peers have described him as a consummate professional and full of integrity. To me, he embodied all that was good about the industry and that is something I am incredibly proud of.”

Wills entered the property industry in the early 1950s after doing his national service and spent 43 years at Healey & Baker, which was acquired by Cushman & Wakefield in 1990.

John Strachan, former head of retail at Cushman & Wakefield and incoming chairman of Intu, said: “John ran the retail business at Healey & Baker during the ’90s recession and kept a really talented team together, which gave us a head start in the UK development boom that followed. He was highly respected by clients for his utter professionalism and was regarded by many as the ‘king’ of the West End market. He was a wonderful boss who became a real friend. I will miss him very much.”

Brian East, former Cushman & Wakefield and Healey & Baker partner, said: “I first came across John Wills about 40 years ago and, even as a very young negotiator, he always put me at ease. I got to know him best as one of his divisional partners at Healey & Baker when he became head of retail. It was a fantastic experience working for one of the retail world’s true greats and one of the kindest and popular people in it. Everyone respected John’s ability and knowledge and no one ever said a bad word about him. He truly was a great man and one I was proud to call my friend.”

Toby Comerford, International Partner, London Retail, Cushman & Wakefield, said: “When I started at Healey & Baker, I was terribly in awe/fear of ‘Mr Wills’. However, my respect grew rapidly as I realised he was different to the other senior partners. I recall he ducked the Rolls that was on offer, preferring the more understated BMW. He always had time for everyone and never a cross word was uttered, he was a true ambassador of all that was good about Healey & Baker and I’d like to think that some of his values carry on in those of us that worked with him/”

Wills, who passed away on 14 March, had three children and seven grandchildren. His memorial service will be held later on this year.