Flexible workspace operators have warned that the sector faces “similar battles” to the retail and leisure sectors as the country goes into lockdown in a bid to suppress coronavirus. 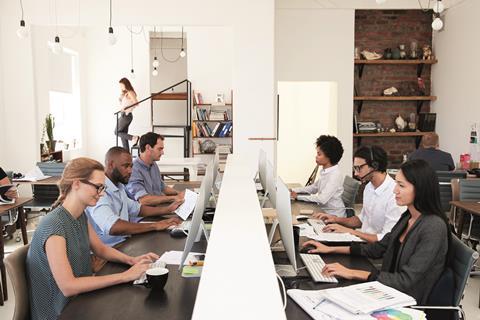 A senior source at an established co-working business told Property Week that he expected tenants to start asking for rent holidays to see them through the pandemic in the same way retailers, pub operators and hoteliers were demanding them from landlords.

“Hotels are already slashing prices and it’s most likely going to happen in serviced offices,” the source said.

“There are concerns over licencees that will be renewing in the short to medium term, which could lead to similar discussions with landlords that retailers are having.”

A senior source at a another operator told Property Week that footfall at their sites was “virtually zero” but that because, as Property Week went to press, the government had only advised people to work remotely, rather than mandated it, they had been forced to stay open.

“We’re in the unfortunate position where the government hasn’t factored in the implications of not having an outright prohibition on entry into office space,” the source said.

“We have a legal requirement to keep our doors open; if we prevent a member from using the space, we’re in breach of our contract unless it’s been mandated by government.

“We risk business continuity insurance being voided if we close when we haven’t been ordered to do so.”

They added: “While we want to be good citizens and morally forthright, our core business is procurement and offering of workspace to members. If we can’t do that it causes us problems.”

The warning comes in the same week as news emerged that market giant WeWork faced the prospect of losing a $3bn (£2.5bn) rescue package from SoftBank.

The Japanese conglomerate is taking steps to preserve cash after its shares crashed 38%. In a note to WeWork shareholders earlier this week, the business reportedly said it would be able to walk away from the commitment because of ongoing investigations into WeWork by the US Securities and Exchange Commission and New York’s Attorney General.