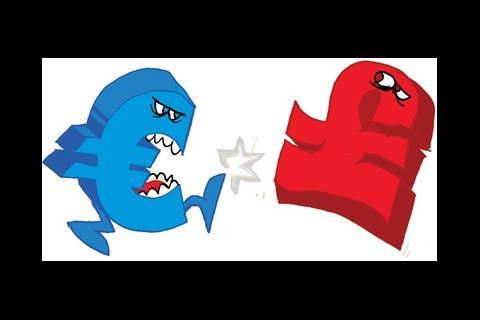 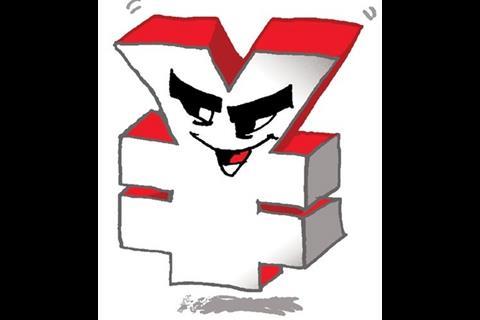 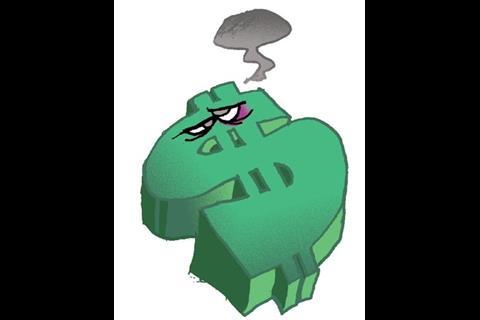 When the value of a country’s currency falls, its property can start to look cheap. But ‘currency plays’ may not always be a win-win situation for cross-border investors.

Being a great currency speculator is no guarantee that you’ll always get things right.

Just ask Joe Lewis, the British billionaire who made a fortune in the early 1990s after betting that the pound would crash out of the European Exchange Rate Mechanism. More recently he built up around a 10% share in US investment bank Bear Stearns, and is now thought to be taking a paper loss of hundreds of millions of dollars.

On the flip side, being a great property investor does not necessarily mean you will be able to take advantage of currency movements. While currencies are unlikely to fluctuate in the way they did on Britain’s ‘Black Wednesday’ back in September 1992, it is still a dangerous game to base investment decisions on the relative strength of a given currency.

Nevertheless, economic volatility driven by the credit crunch and the chance of the US economic slowdown widening into a worldwide recession presents opportunities for cross-border investors that wish to take advantage of currency movements.

Research by Henderson Global Investors, revealed exclusively to Property Week Global, found that, for euro or yen property investors, the price of UK property looks relatively cheap. Its value has fallen by at least 20% since June 2007 because the euro and the yen have strengthened against the pound. This compares with a 14% fall for sterling investors. Like British tourists taking advantage of the weak dollar to snap up bargains in US stores, these investors are quite literally getting more for their money.

Patrick Bushnell, Henderson’s director of property investment for Europe, says this could affect investment decisions for cash-rich, rather than debt-backed, European investors.

‘It won’t affect strategic decisions as to where people choose to invest in the long term,’ Bushnell says. ‘But it will affect the way people invest tactically, as to the timing of when they choose to go into a country. At current exchange rates, there is less chance of a substantial depreciation in sterling, and this makes UK property attractive for foreign investors, particularly when combined with valuation declines.

‘You saw the same thing in 1992 and 1993. The devaluation of sterling made UK property a strong buy, and there was a small spike in property prices caused by European investors entering the market briefly.

I would expect cash-rich investors, like German open-ended funds and sovereign wealth funds, to see this as an opportunity to buy in the UK during 2008.’

The equation is not a simple one of course. If the value of a currency has dropped, this is a crude indication that future economic growth is uncertain and this might be reason enough for property investors to steer clear.

It is also worth considering that many investors actively try to hedge against currency and interest rate movements. However, this costs money, and in the current volatile financial climate such costs are much higher than normal, and are becoming more of an influence on where investors decide to put their money.

Again, non-sterling investors could be on to a winner with UK property, as the fall in the pound against the euro has cut the cost of hedging against currency and interest rate movements on UK deals.

Holger Naumann, head of RREEF Germany, says: ‘Because the spread between the interest rates of sterling and the euro has narrowed, the cost of hedging is not as high as it was two years ago, and spreads on UK currency have come down from 275 basis points two years ago to about 100 basis points today on a one-year hedge. This means the attractiveness of the UK has increased, and this is now a market that our funds managed out of Germany would invest in, because this can increase returns at the fund level. The funds we have are very flexible, and, if a country is part of our investment strategy from the start of the year, we can move there very quickly.’

As currency and interest rate movements make the UK more attractive to foreign investors, some UK investors are looking abroad to capitalise on fluctuations. One option is to look to the US, the sick man of the world economy. Although the value of the pound against the dollar has dropped from a pre-credit crunch high of $2.20, it is still at a higher level than its historic average.

Investing in the US presents massive pitfalls. Its economy is teetering on the edge of recession, and its property investment market is expected to take longer to recover than the UK’s because of less transparent valuations. But the flip side is that there are gains to be made. One UK agency and firm, Seagram Properties, has set up a fund with Harvey Soning’s James Andrew International. It is drawing on interest among wealthy individuals and German institutions in US investment.

The fund, which invests in retail property across the US, is being run by Daniel Conway, who spent seven years working in New York leasing and investment for US services firm Grubb & Ellis. It takes the view that the fall in prices, coupled with the weak dollar, makes retail property cheap, but that the asset class will remain stable and then increase in value when the US economy recovers.

‘It’s basically a currency play,’ says Conway. ‘It’s a stable, tradeable asset class. We’re able to get decent yields, and over the long term the dollar will recover. And when it does, we will get good returns. You can get low funding rates in the US because of base rate cuts, but there is not much debt actually available. You have to have a lot of cash. No US investors are buying and capital values have moved to 6% or 7% from below 5%. For large investors that are active across different asset classes and in different countries, there is a ‘natural hedge’ against currency fluctuations because of the level of diversification their size permits. This means currency is not an issue for them.

As Chris Morrish, head of European real estate for GIC, the Singaporean government’s sovereign wealth fund, says: ‘Our investment decisions are not driven by currency. We focus on the real estate fundamentals.’

Trying to anticipate currency movements will remain a dangerous game while volatility is the only constant in the world economy. And being wary of the dangers is an inherent aspect of cross-border investment, especially in emerging markets. Savvas Savouri, partner at City of London agency BH2, points out that Hungary abandoned its peg with the euro in February in an effort to fight rising inflation, which threatens to result in interest rate rises.

‘For property investors this means less certainty on investments, and it could spread into neighbouring countries. Eastern European countries are likely to be raising interest rates when the rest of the world are cutting theirs. There is likely to be a knock-on effect for jobs, and growth is already slowing in this region, which can’t be good for property as the occupational market will look shaky.’

Currency plays can be an important part of cross-border transactions, but investors have to keep their eyes on the bigger picture. The currency movements that can make a building look cheap can also be a warning sign that investors get what they pay for.

Hedging: how it works

Hedging one’s bets is a common feature of cross-border investment. If factors that an investor cannot influence, such as currency movements or interest rates, go against them, they will want something in place to mitigate potential losses.

Currency and interest rate movements are the two main factors a cross-border investor might worry about and try to hedge out.

The most common way of achieving this is through derivative products such as currency or interest rate swaps.

These vary in complexity, but are essentially a contract
between two parties with different opinions – such as over
the way UK interest rates or the value of the pound against
the euro are heading.

A euro investor might buy UK property because the value of the pound has fallen against the euro. The investor does not think the pound will fall further, but might take out a currency swap in case it does – thus mitigating any loss to the value of their investment caused by the currency movement.

Taking out such contracts has a cost, which can reduce your return, and you can lose more money if the value of a currency or base rate goes in the opposite direction to your contract. But having a hedge in place can be a vital safety net in a worst-case scenario.