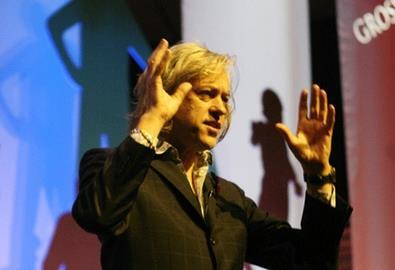 Sir Bob Geldof has called on the property industry to invest in Africa.

Speaking at the BCSC Conference in Gateshead today, Geldof told the audience that investing in the continent was more important than corporate social responsibility.

He said that instead of worrying about sustainability for future generations, the property industry should act to help current generations of people in Africa.

‘Look beyond your normal frames of reference. There’s a clear business opportunity and you can also do some good. Consider it [investing in Africa] as much as you would as putting up a shopping centre in a deprived area in the north east of England,’ he said.

Geldof said there was a desperate need for UK construction and development skills in Africa to provide the infrastructure that was needed to deal with the current trend of urbanisation.

‘In Africa, 65% of people live in rural areas. Within 20 years, that figure will be reversed and 65% of people will be living in urban areas,’ he said.

Geldof expressed concern at the rising amount of Chinese and Indian capital flowing into Africa, which he believed could cut off the supply of essential commodities to Europe in the future.

‘I see these other booming economies [China and India] trading with Africa and mutually benefiting,’ Geldof said.

He admitted that investing in Africa was difficult due to its size and diversity with ‘2,000 languages and 2,000 cultures’ but he told the property industry to begin investigating the opportunities.

‘There’s a normal suspicion as you don’t know the territory and you don’t know if there is money down there' he said. ‘But to sustain your company you need new markets so you should have people exploring these markets in Africa that are fast urbanising. Why let the Chinese and Indians take the market?’