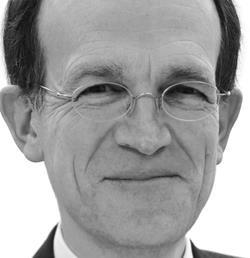 The government should introduce cash incentives to improve the energy efficiency of Britain’s commercial buildings, a committee of MPs has concluded.

The committee also called for building regulations to be progressively tightened to raise energy efficiency standards and for the wider introduction of display energy certificates.

The report of the All-Party Urban Development Group was launched last night by Francis Salway, president of the British Property Federation and chief executive of Land Securities, together with Sir David King, former chief scientific advisor to the government.

The report, ‘Greening UK cities’ buildings’, also called on the government to create a ‘one stop shop’ to deliver energy efficiency policies and information coherently.

‘There needs to be a co-ordination of initiatives across government,’ said Salway.

He attacked the introduction of full rates liability on empty properties since 1 April, arguing that the policy encourages demolition. More energy would be used in the construction of new buildings to replace them in the next upturn than if the existing buildings had been refurbished.

‘There is more embodied energy in a new building than in a refurbished one and I hope this gets picked up somewhere,’ said Salway.

King warned that the hot summer of 2003, which killed 40,000 people across Europe, will become average by the middle of this century, as a result of the carbon already released into the atmosphere.

‘We have to plan for this hotter climate,’ he said. ‘But we can make a very big difference to what happens in the second half of this century if we reduce emissions now.’