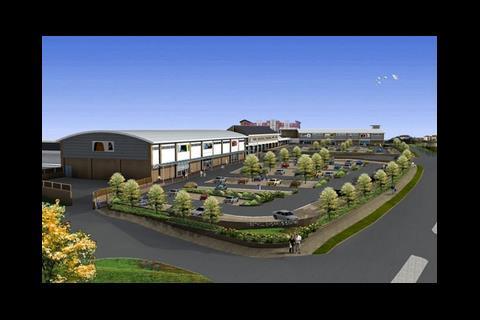 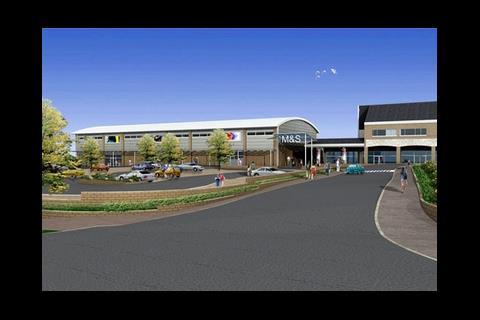 Gladedale Capital has submitted plans to nearly double the size of Westhill Shopping Centre in Aberdeen.

The Scottish developer bought the 47,000 sq ft centre, to the west of Aberdeen, from Somerfield in February last year. It is now looking to increase the size by 41%, or 32,500 sq ft, to create a £25m shopping centre.

‘We have undertaken some active management within the centre,’ said Gladedale director Martin Smith, ‘which has involved moving the location of some of the tenants to allow us to create free space for the major redevelopment plans to be implemented.

‘The extra space will be created across two new blocks providing retail units starting at 2,500 sq ft with flexibility to accommodate a large scale retailer of up to 16,000 sq ft.’

The proposals include a new glazed entrance canopy and two new wings – with the car park expanded to accommodate 300 vehicles.

The centre is currently anchored by a Marks & Spencer and other tenants include the Royal Bank of Scotland, Lloyds Pharmacy and Co-op.

A decision is expected in April and, if successful, construction will start as soon as possible.

DTZ Glasgow is acting on behalf of Gladedale.