The government has approved a new runway at Heathrow airport.

“A new runway at Heathrow will improve connectivity in the UK itself and crucially boost our connections with the rest of the world, supporting exports, trade and job opportunities,” he said.

The government will now consult on the plan before final approval next year.

Mayor of London Sadiq Khan slammed the decision, and said he would consider taking part in legal action.

“I will continue to challenge this decision and I am exploring how I can best be involved in any legal process over the coming months,” he said.

Heathrow expansion is the wrong decision for London & for Britain. Gatwick would have boosted our economy & been quicker & cheaper to build. pic.twitter.com/1wkTm4ntE7

Gatwick airport was also in contention for a new runway, and ministers had considered a plan that would have seen both airports expand.

The government said today that it wanted to see the “continued prosperity of the UK’s second busiest airport”.

“Its continued success will drive competition in the sector, which is good for passengers and the prosperity of the nation, drawing inward investment, trade and growth.”

Reaction from the industry 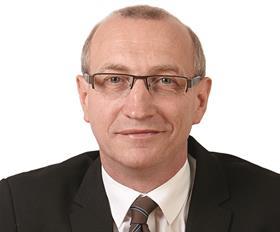 “Last year we wholly endorsed the Airports Commission recommendation to choose Heathrow as the most practical location for a third runway. It is the one that makes the most economic and strategic sense for London and the UK. It safeguards the economic powerhouse that is the M4 Corridor- one of the most significant concentrations of knowledge-led businesses in the world.”

“This decision shows the government is serious about the UK and London being open for business. We look forward to a detailed delivery plan bringing the new capacity as soon as possible.”

“Giving the go ahead for a third runway would provide a shot in the arm for the many established businesses and SMEs across the UK that rely on access to international trade markets.”

Adam Hetherington, London managing director at CBRE, said the new runway would be “vital” for trade links ahead of Brexit, and predicted it would boost demand for office and industrial space near the airport.

“This investment and expansion at Heathrow will help provide much-needed air capacity for the UK’s post-Brexit economy. From an occupier perspective, this decision provides reassurance to office and industrial occupiers across the whole of London and the South East that a key element of the region’s infrastructure will be retained and enhanced,” he said.

Nick Ogden, infrastructure partner at Pinsent Masons, who has been advising Heathrow, said the decision sent a message that “the UK is open for international business”.

“To boost economic growth, countries such as China, Oman, Brazil and India have plans in place to increase airport capacity and the UK has been lagging behind. Considering no new full size runway has been built in the South of England since the Second World War this is a landmark decision for the country.”

Chris Selway, head of the national infrastructure and compulsory purchase team at BNP Paribas Real Estate, said: “The Airports Commission covered many concerns including noise, air quality, safety, security and accident planning but from my specialist viewpoint this is a case where the Airport must demonstrate commitment to all of those things and a speedy enhanced compensation regime to win the trust and support of local communities.

Al Watson, head of planning & environment at Taylor Wessing warned it could take 18 months to finalise the policy.

“The master planning exercise and consultation and refinement of ideas around public transport, air quality and noise will still need to be refined by Government over the next 12-15 months, or as long as it reasonably takes.

“Throw in the likely (and loud) legal challenges and it looks and feels like 18 months until the Government’s policy position is established. Then the work begins on the application for consent, so another 2 years of work perhaps more.”