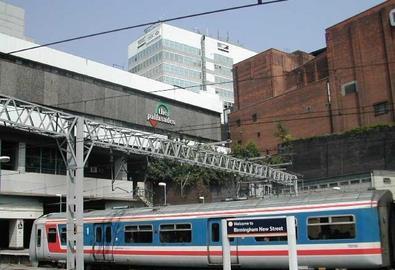 She said the government would provide all the funding grants sought by Birmingham City Council, Advantage West Midlands and Network Rail and the three parties now had to work together to deliver the project on time and on budget.

The Department for Transport will provide £160m to improve the station, in addition to the £128m already set aside in last year's Rail White Paper. The Department for Business Enterprise and Regulatory Reform has agreed to fund £100m, bringing the total Government spending on the scheme to £388m.

The station redevelopment will double the size of the station concourse and install escalator access to all platforms. There will also be three new entrances to the station from the city centre and a new public square.

Kelly said the focus will be on relieving the congested conditions for the 17m passengers which use the station each year and accommodate a further 30% passenger increase during the next 10 years.

Kelly said: ‘Birmingham is a key gateway to towns and cities across Britain…This scheme has been in development for some time and has improved immeasurably so that it can now meet the needs of passengers and deliver a much needed boost to capacity.’

Network Rail and Birmingham City Council plan to start work in 2009. The project is expected to be complete by 2013/14.