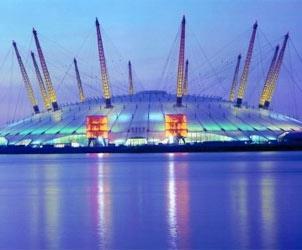 The Department for Culture, Media and Sport, in association with the Department for Business, Enterprise and Regulatory Reform, published the Green paper ‘Creative Britain: New Talents for the New Economy' as part of a strategy to improve Britain’s global cultural status.

The paper pledged its support for the development of ‘creative clusters’, citing mediacity:UK in Salford, which will house eight of the BBC’s departments, as a good example.

It also committed the government to set up regional development frameworks in the North West and South West to support further cultural development.

The government said it would put together a ‘menu for infrastructure’ with local councils and regional development agencies, including setting a planning framework, offering access to office space and protecting venues, existing cultural centres and markets, as well as providing new ones.

It also pledged to protect live music venues around the UK, and would ‘encourage local authorities across the country to consider live music in their strategies.’

It mentioned Koko in Camden and the O2 Arena as thriving examples, but also marked out the closure of the Spitz and the Hammersmith Palais without going into more detail about whether it had any plans for venues which had already closed such as these.

Setting out the policy, Prime Minister Gordon Brown said: ‘We need to act now to make Britain’s creative industries accessible to an even wider pool of talent and to support our creative economy to enable it to grow.

‘This is a strategy with the flexibility to adapt to and support a sector that is changing faster now than ever, and I hope it will mark the beginning of a fresh new partnership with our creative industries.’