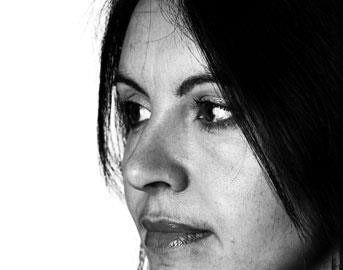 Housing and planning minister Caroline Flint has cut red tape so that the majority of homeowners will be able to extend their homes without the need for costly planning permission.

From October, the government expects a quarter of all householder applications will be removed from the planning system each year, potentially saving up to £50m cumulatively.

People will be able to build both up and out for the first time without needing to pay to up to £1000 to be granted specific planning permission.

The need to pay any extra council tax has also been scrapped. But 'larger more intrusive extensions' will still require planning permission.

Housing and Planning Minister Caroline Flint said yesterday: ‘I am scrapping the red tape so it is much easier to convert the loft into that extra bedroom and build on an extension.

‘The new rules will cut out planning permission for about 80,000 households a year and crucially saving as much as £1000 in some cases - a real difference to already stretched family finances making home improvement an increasingly attractive option.

‘Often people grow out of the family home, but now those who don’t really want to move will find it easier to improve instead.’

The Royal Institution of Chartered Surveyors (RICS) has welcomed the move, with reservations.

A spokesperson said: ‘RICS welcomes the Government's attempts to cuts red tape and free up a heavily congested planning process. However, concerns remain that planning departments across the country are still under resourced. To reduce the application input into the system by 80,000 will not significantly compensate local authorities for a severe lack of funding.

‘Household applications are notoriously contentious and there will always be concerns regarding privacy, overlooking and a loss of amenity. It is often not the size of an extension but the ability to overlook which causes contention.

‘Part of the Government's rationale is to allow people to extend their homes rather than move, but this policy could result in a lack of available small units for first time buyers.’

However, the British Property Federation (BPF) said the changes were ‘common sense’.

Senior policy officer Jonathan Seager said: ‘The planning system is suffering from a lack of resources therefore we should be focusing what resources there are on applications which affect the most citizens and have the ability to significantly improve an area.

‘We see this announcement as hopefully the start of some common sense changes the government can easily make to improve the planning system.'

The government also hopes the new regulations will reduce the flood risks caused by surface water run off.

New driveways or parking areas over five square metres will not require planning permission if they usie surfaces that allow the water to soak through the ground.