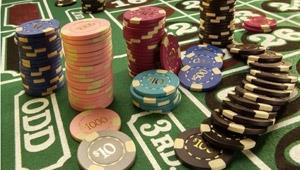 Plans for a Las-Vegas style super casino in Manchester have been formally dropped by the government.

Culture secretary Andy Burnham confirmed today that it had scrapped the plans but said that 16 smaller casinos would still go ahead in towns such as Milton Keynes and Swansea. He said there had been concerns over the potential negative impact of such a facility.

The news is a blow to Manchester which was elected the surprise winner of the super casino competition beating hot favourite Blackpool. It said the plans for the casino, which would have had around 1,250 jackpot machines, would have regenerated a deprived area in an eastern section of the city.

Prime Minister Gordon Brown announced a review of the decision in July. Manchester City Council has said it had not ruled out legal action.

Leader of the council Sir Richard Leese said: ‘We will be scrutinising today’s announcement in detail and keeping all options under review. We are disappointed with the Government’s expected announcement. We believe a regional casino provides the best regeneration benefits for East Manchester and we will continue to pursue this. A regional casino will deliver around 3,500 new jobs for East Manchester.’

The Government today also published a new report, which it says shows that the benefits of regional casinos can be delivered through alternative, but equally effective, projects. The Review of Alternatives to Casino-Led Regeneration says that in isolation it would be challenging for any alternatives to achieve the scale of economic benefits that could be secured through a regional casino, but that there is uncertainty around the extent to which these benefits are truly beneficial. The report says that once potential economic and social costs of a regional casino are included, and a package of alternative options considered, the difference can be reduced and even eliminated.