The government has scrapped plans to guarantee three-year tenancies for renters, according to reports. 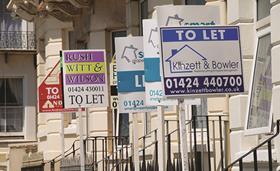 According to an article in The Sun, the Treasury has opposed the move – which had been backed by secretary of state for housing, communities and local government James Brokenshire– due to fears it could dampen property investment.

The article also said that Theresa May’s team wanted to make three year tenancies voluntary, rather than mandatory, for landlords because they believed a mandatory system would be defeated by MPs in the House of Commons.

An eight-week consultation on the plans was launched in June. Under the proposals, landlords would be required to offer leases of a minimum of three years with a six-month break clause, but tenants would have the option to move out earlier if they wanted to.

Research by the National Landlords Association found that 40% of tenants surveyed wanted longer tenancies, but 40% did not.

Commenting on the news, Johnny Caddick, managing director at Moda, said: “We’re investing over £2bn building rental-only developments in seven British cities and I can guarantee you that offering three-year tenancies would be no burden for us whatsoever.

“On many levels, flexibility is crucial - particularly as people are far less tied to any one location anymore, largely because of increased mobility driven by tech and general liquidity of the labour market.

“But it’s crucial that for those who want it - particularly families - security of tenure is offered. We have a vested interest in filling buildings and keeping people happy. This could be a win-win for build to rent developers and whichever politicians push it through.”

Jean-Marc Vandevivere, chief executive at PLATFORM_ , added: “It is disappointing to see the government backing away from what would have been a very welcome move. Far from discouraging property development, many build-to-rent investors are already committed to providing family-friendly tenancies of three to year five years, including PLATFORM_, as part of a wider a move towards professionalising the rental market, and new government policy would help all renters benefit from that security.”