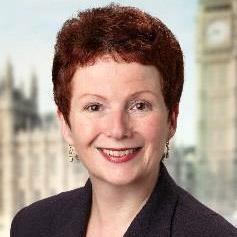 A new bill that aims to streamline the planning system to make it more transparent and ease the delivery of major infrastructure projects was published today.

Communities and local government secretary Hazel Blears said one of the major thrusts of the 189-clause Planning Bill would be the introduction of an independent infrastructure planning commission with between 20 and 30 commissioners that would reduce the decision-time on major infrastructure projects to under a year - saving £300m a year which equates to nearly £5bn by 2030.

In a coup for the property industry the bill also introduced the Community Infrastructure Levy – where developers will fund local infrastructure through a locally-set tariff system – that will replace the proposed controversial ‘land tax’ or planning gain supplement from April 2009.

Blears said other facets of the bill would: ‘lock in’ public participation at each stage of the planning process where necessary; strengthen accountability; enable ‘transparent and fair decision-making with ‘sustainable development at its heart; simplify the local town and country planning system, improve the appeal process by allowing verbal or written submissions instead of full inquiries where appropriate; and put a duty on councils in preparing their local plans to take action on climate change.

Blears said: ‘Through quicker and high-quality decisions our Planning Bill will help deliver on the Government's long-term vision for Britain in relation to housing, climate change, energy security, transport provision, and prosperity and quality of life for all.

‘There will always be controversial projects that stir opinion and require difficult judgements to be made. However having a stronger system will ensure all opinions - particularly those of the public are heard sooner.

'Making good judgements in less time is of benefit to everyone. Long-lasting stale-mates that finally stagger to a conclusion are no good for anyone.’