Green light for Moda at New York Square in Leeds 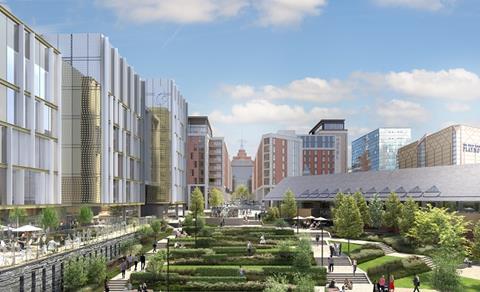 New York Square will comprise 515 homes spread across two 16-storey blocks, and new public realm, as well as 9,000 sq ft of co-working space to be developed as part of the wider masterplan. Once completed, the homes will be managed for the long term under the Moda brand, with a 24-hour concierge service and round-the-clock maintenance provided.

Named New York Square after nearby New York Road, the scheme will also include a range of on-site shared facilities free for all residents to use, including a cycle café, communal lounges, roof terraces and fitness centre.

The wider six-acre development will be centred around an arts and culture hub comprising the West Yorkshire Playhouse, Northern Ballet, Leeds City College and Leeds College of Music - which boasts alumni including indie band The Cribs and pop artists Little Boots and Badly Drawn Boy.

Johnny Caddick, director at Moda and Caddick Developments, said: “Being right on the doorstep of major cultural institutions, at the heart of a brand new neighbourhood and on the cutting edge of the latest lifestyle trends, New York Square at SOYO will be one of the best places to live in Leeds.

“The focus on service, technology and amenity provision at New York Square will set the Moda offer far above and beyond what is already available in Leeds and help raise the bar locally for renters.”

Backed by Apache Capital Partners, Moda has a £1.75bn development pipeline of 6,500 homes alongside the SOYO scheme.