Hammerson has received a resolution to grant planning for its Martineau Galleries masterplan in Birmingham city centre. 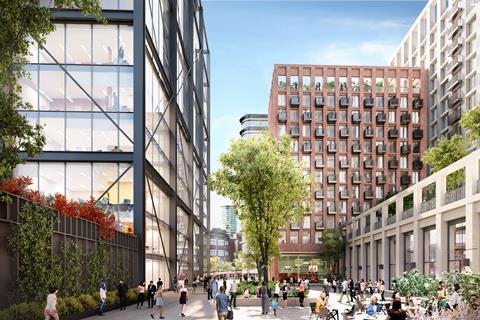 The proposed Martineau Galleries development, includes a new public square and a boulevard

It will be the first scheme to be brought forward under Hammerson’s City Quarters concept, which involves developing mixed-use regeneration schemes and sees the company move away from a pure focus on retail.

Robin Dobson, UK director of development and project management at Hammerson, said, “We are pleased to confirm that our mixed-use masterplan for Martineau Galleries has been given a resolution to grant by Birmingham City Council. Hammerson has a strong track record in mixed-use placemaking and in delivering for Birmingham, having transformed the city centre with the opening of the iconic Bullring in 2003.

“Our plans for Martineau Galleries represent a step-change in our strategy, moving beyond pure retail, as we continue to deliver vibrant, continually evolving spaces, in and around thriving cities.”