Fashion retailer H&M will ask British landlords for a rent holiday next week to mitigate the widespread impact of the coronavirus outbreak on the business. 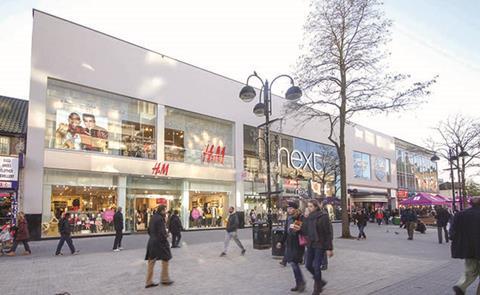 A source close to the situation told Property Week that H&M’s head of leasing Chris Clare will be writing to landlords next week “to open up dialogues to consider service charge holidays or move fixed rents down to turnover rents for a period that can be agreed.”

A statement from H&M sent to Property Week said: “We are constantly monitoring developments based on public announcements made by the relevant authorities. For H&M Group, this has resulted in the closure of multiple affected stores in various cities and countries and a large drop in traffic in many locations.

“We see it as a joint responsibility between us and our partners to ensure a financially stable and sustainable future for our businesses. Therefore, we ask for relief on the rents and charges during this period.”

H&M’s share price dropped earlier this week after it announced it had closed hundreds of stores across Europe because of the spread of coronavirus.

The company has temporarily shut all of its European stores in specific countries, including those in Spain, France, Poland, Czech Republic, Bulgaria and partly in Greece.

In February, the retailer was forced to close 334 of its 518 stores in China.

On Monday, Swedish-based H&M reported that the group’s net sales in its first quarter to 29 February were up 8% (£5bn), but that the coronavirus outbreak had hit sales in the second half of the period.

The spokesperson for H&M added: “This is an extreme situation and H&M Group is working extensively to manage the COVID-19 situation, the highest priority being the safety of employees and customers.

“All activities in the company are now being carefully evaluated – including costs and risk perspective – to be able to mitigate the negative effects associated with the virus as far as possible.”