The Homes and Communities Agency (HCA) has committed the first parcel of money from the government’s £2bn accelerated construction fund, backing housebuilder Hill’s plans to deliver 180 homes at a site in Chichester, West Sussex. 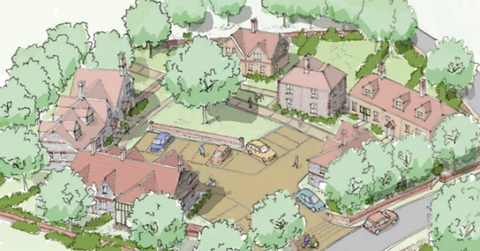 The HCA will commit its land, a 18.3-acre site at Lower Graylingwell, to the deal, along with a small amount of money from the loan fund, believed to be less than £5m to pay for infrastructure changes.

As part of the deal, Hill will build 80 homes a year - double the rate the site would normally be built out at. Half of the scheme will be starter homes available at a 20% discount to first-time buyers.

Hill will pay the HCA for the land after it sells the homes on site. The HCA will also receive a share of a profit of the sales.

The accelerated construction fund was set up last October to underwrite development risk. Through the fund, the HCA would normally buy homes that developers cannot sell at an agreed price.

However, sources close to the situation said that the Hill deal was structured differently. No upfront price has been agreed and the intention is that Hill will sell all the homes to the market without the HCA stepping in.