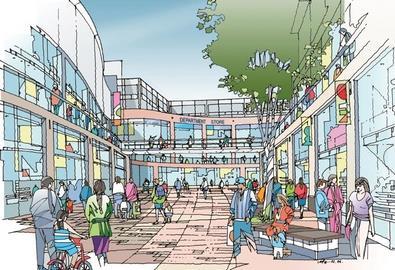 Henderson Global Investors and Invista Real Estate Investment Management’s £300m Quay West development in Hull is to be redesigned, which will lead to a delay of at least a year.

The scheme, which had originally been planned to open in 2011, won planning consent at the beginning of last year.

However, the difficult market conditions and the opening of another scheme in Hull last year the £200m St Stephen’s led to a review by the joint owners and the delay in the development of the scheme.

The pair are reviewing the amount and the type of retail and the leisure space in the scheme.

Duncan Owen, chief executive Invista, said: ‘We are working on the timings of the extension.’

The current development plans involve the refurbishment of the 225,000 sq ft Princes Quay shopping centre and the addition of 500,000 sq ft.

The new plans will not require any new planning permission.

However, the new two-and-a-half-year development programme will begin in 2010 and is scheduled to complete in late 2012.

It is understood that Invista is also reviewing its ownership of the centre as part of a wider review of the properties such as Hull that are owned by the Invista-managed Clerical Medical With Profits Fund.

Rising construction costs and predictions of a consumer downturn have led many developers to review their schemes.

Savills Commercial Development Activity report for February said that the negative market sentiment had led to delays in the start of new projects.

‘Activity in both the commercial construction sector and the overall UK economy have faltered in the wake of last summer’s credit squeeze,’ the report said. ‘However, in the past six months, the extent of the deterioration appears to be much more marked in the former.’

The Total Commercial Development Activity Index a net balance designed to provide a single-figure measure of overall activity in the UK commercial property sector – registered a -6% drop in February. This was up from a -14.5% drop in January, but the index has now remained negative for the fourth month running.

But the February figure signals the least marked rate of decline.