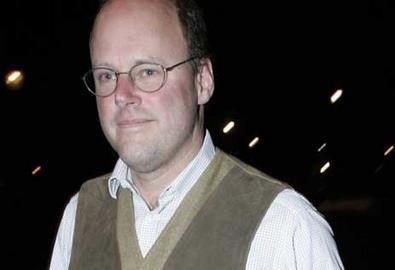 Stephen Hester, chief executive of the beleaguered Royal Bank of Scotland, warned this week that it had not yet made significant writedowns of its £92bn global property loan book.

Speaking on Monday after the bank, which is the UK’s largest property lender, reported the biggest loss in British corporate history, the former British Land chief said that writedowns of its global property loan book would have to be made.

‘The issue with commercial property is that, unlike the early 1990s, interest rates are very low. And, in our case, the exposure to speculative development is very low, so the ability to service debt is dramatically different than in the early 1990s – but the stress on loan to values is very large.

‘That interplay is an interesting one as we see what losses come out over the cycle this time, which I suspect will be different in their character. This [the loss] is mostly ahead of us rather than behind us.’

RBS, which is already 70% owned by the government, suffered a 67% plunge in its share price on Monday after it revealed a £28bn loss for 2008, nearly double Vodafone’s record £15bn loss in 2006. The shares bounced back a little on Wednesday to close at 12.1p.

The Lloyds Banking Group, the product of the merger between Lloyds TSB and HBOS, experienced its shares plunge 34% on Monday. Barclays’ and HSBC’s also fell.

The turmoil suggested that the government’s second massive rescue package had failed to restore confidence to the financial sector and prompted calls from Labour MPs to nationalise the whole system, an idea resisted firmly by Alistair Darling, the chancellor.

On Wednesday David Tucker, deputy governor of the Bank of England, described the bailout package – which includes insuring ‘toxic assets’ below a certain price – as having a ‘reasonable chance’ of success and rejected calls for nationalisation.

Hester said of the prospect of nationalisation: ‘Full nationalisation has been discussed insofar as the government has made it clear that they would wish not to do that. Clearly, it would be improper for them to rule it out as a policy tool with respect to any bank.’

Analysts have warned that the bank is vulnerable to further falls in values through extensive lending to the commercial property sector.

At 30 June last year its global commercial property loan book was £92bn and an additional £19bn was lent to the construction industry.