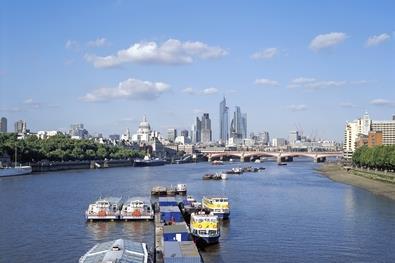 The High Court has turned down insurance company Hiscox’s application for an interim injunction to restrict demolition works at the site of Arab Investments Pinnacle tower development in the City of London.

In a preliminary hearing this week in the High Court’s Chancery Division Hiscox, whose HQ is located next to the Pinnacle site at 1 Great St Helen’s, asked the court to establish finite levels of vibration allowed (see PW news 14.12.07). It also sought relief for water ingress breaches and to ensure adequate access arrangements to its building during demolition.

Arab Investments said: ‘On the substantive issue of vibration the court decided in favour of Pinnacle by refusing to impose the finite levels of vibration sought by Hiscox. There is a method statement currently in place between the parties which provides for the involvement of the City of London Corporation if there is any vibration in excess of agreed "trigger levels”.

‘The trigger level mechanism and involvement of the City were deemed adequate protection for Hiscox in the interim period until the hearing in January 2007.’

The Court granted Hiscox’s application on access but refused any relief in relation to water ingress.

However, the two hour time limit for the application on Tuesday was inadequate, and the substantive matter of the case was adjourned to a further hearing on 21 January next year.