Housebuilder Hill and housing association Peabody have launched a joint venture to kickstart £350m worth of development in east London. 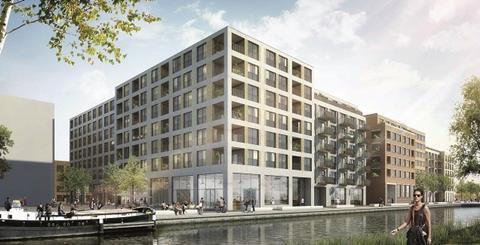 The groups will jointly deliver Hill’s Lea Bridge Road development in Leyton and Peabody’s Fish Island Village in Hackney Wick, which will together provide nearly 900 new homes and 78,000 sq ft of commercial space.

The deal, which was finalised yesterday, is the largest in Hill’s history, both in terms of the combined value of the schemes and the number of units planned. It is also a landmark deal for Peabody, one of the largest housing associations in the UK.

A company spokesman added that Peabody would announce further JVs shortly as it looked to rapidly expand its development pipeline.

Property Week understands that Peabody is close to agreeing a tie-up with Mount Anvil to help deliver 300 new homes at its development at Gillender Street in Bow, east London.

The sites in the JV with Hill already have planning permission, and the partnership will help the companies to push ahead with construction work.

The Fish Island Village scheme has planning consent for 580 homes, including 146 affordable homes, and the first new homes will be completed early next year.

The development will also deliver 57,000 sq ft of commercial space, 48,000 sq ft of which will be operated by The Trampery, a shared workspace and events company. 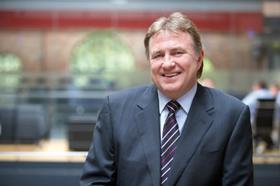 At Lea Bridge Road, the JV will deliver the first of the 300 planned homes across nine tower blocks in 2019. The scheme will have at least 62 affordable units as well as 21,000 sq ft of commercial space and a gym.

Peabody will manage the affordable housing on both schemes on completion.

Andy Hill, chief executive of Hill, said the two projects would “cement” it as a key player in the London market.

“Working with Peabody has been an ambition of ours for many years and I’m delighted that these iconic schemes will be the first of hopefully many major projects to come,” he added.