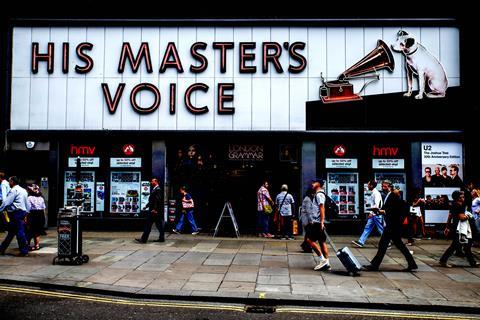 Sunrise Records, the Canadian company that bought HMV out of administration in February, has signed a five-year lease on 40,600 sq ft at the former IKEA order and collection point at Hammerson’s 31 Dale End, at a rent of £100,000 a year.

It is understood that the HMV concept store, dubbed The Vault, will offer customers the opportunity to see and test HMV’s products in an interactive, experience-led space.

The vinyl-focused store will also include space for bands to perform live.

“It’s a unique concept,” said one source familiar with the deal. “It’s an experimental room; they will have bands selling vinyl and people will be able to test the products available for sale online. It would also serve as a click & collect warehouse.”

HMV’s The Vault was originally a download and streaming music service launched by HMV Canada in 2012, a year before HMV Group went into administration with £176m in debts. The retailer was bought by Hilco but collapsed again last year.

Sunrise Records rescued HMV UK out of administration, beating competition from retail giants including Mike Ashley. The Canadian firm snapped up the business for just £883,000 and announced that it would keep 100 of the retailer’s 127 stores open.

“There’s no doubt online is a big part of overall retail sales,” he said. “But people love to come into a store, have an experience, talk with someone who understands music, loves music, loves video and entertainment.

“If you think online is the only future, I just think that’s not going to be the case. There’s so much you get from coming to a store that you just can’t get online.”