Plans have been submitted for a 110 acre residential-led redevelopment as part of the York Central development project. 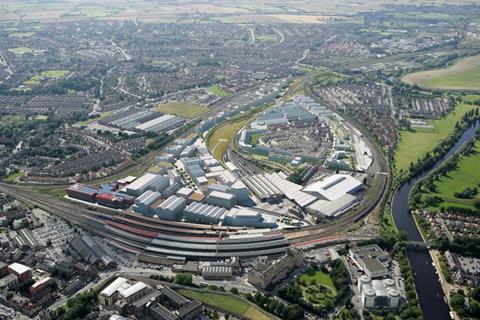 How the expanded York Station scheme could look

The York Central Partnership, a collaboration between Homes England, Network Rail, the City of York Council and the National Railway Museum, has submitted plans for 2,500 new homes, new commercial and retail space at the site in Yorkshire. The plans, which will become one of the government’s ‘housing zone’ areas, also include the creation of new hotels, improved cycling access, a public park, a new western concourse for York Railway Station and an extension of the National Railway Museum.

Architecture and planning consultants Allies & Morrison and Arup developed the plans for the partnership and said they would boost the city’s economy by 20%.

Project lead Tamsin Hart-Jones said: “A positive decision will unlock this underused piece of land and demonstrate a commitment to seeing it brought forward for the good of the city and its residents. This is part of playing an active role in how York Central evolves, as the masterplan is the blueprint for future development on the site, but what actually gets built can still be shaped.”