The Oak Consortium, comprised of Mill Group, Bovis Homes and Homes England, has announced it has used recently launched digital property marketplace Vesta to sell over 100 homes worth nearly £24m. 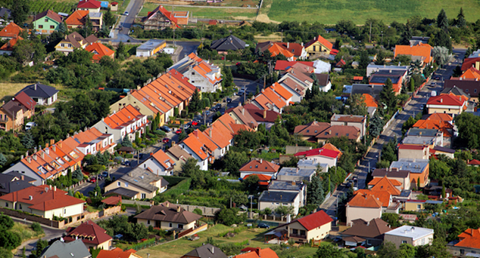 The Oak Portfolio is the first large portfolio sold on Vesta

The deals form part of the Oak Portfolio which Propety Week revealed the consortium had added to the website earlier this year. It is made up of 177 properties, in areas such as Cambridge, Bristol and Southampton, mostly grouped together in blocks of between eight and 15 flats.

It is the first large portfolio to be listed on the online private rented sector (PRS) platform, which launched in February to market portfolios of rental stock, as well as individual blocks of flats and single houses to investors.

Those sold so far number 65 two, three and four-bedroom houses and 39 two-bedroom flats in Bristol, Gloucester and Hampshire.

At the time of the listing, a source close to the sale told Property Week that several large residential investors were looking at the portfolio and were attracted by the option to spread risk across a number of small blocks of flats rather than purchasing one large scheme.

Vesta’s chief executive Russell Gould said: “This recent transaction demonstrates our marketplace working in practice – a process that we believe will be the norm for the residential investment property sector in the next few years. Our aim is to bring together housebuilders, developers, buy-to-let sellers, buyers and property investors, allowing all parties to move quickly with simpler and assured processes – truly revolutionising the PRS sector.

“Vesta is building a unique marketplace that brings together the entire spectrum of PRS including traditional rental, Airbnb, Holiday Lets, HMOs and in the near future BTR property offerings. The key theme is the properties are already, or have the potential to be, income generating.”

Earlier this week, military family housing specialist Annington completed a separate purchase of 104 homes from the Oak Portfolio for £23.8m.