The British public needs a “dead baby on the beach” moment or an “appalling fire where some beautiful young children die” for opinion to change in favour of social housing development, the boss of one of the nation’s biggest housing associations has claimed. 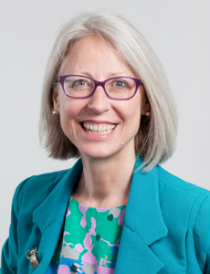 The provocative comments were made by Kate Davies (pictured), chief executive of the Notting Hill Housing, at Property Week’s RESI Conference at Celtic Manor in south Wales this week.

Speaking as part of a panel discussion on the housing crisis yesterday, Davies told conference delegates the solution to the nation’s housing crisis had to come from a change in public opinion.

She said: “You have to get to a tipping point where the change happens. I have met respectable people, reasonable people, even people in this room, and people on housing associations, who when faced with a planning permission for social housing will object to it.

When asked how these attitudes could be changed and how the housing crisis could be resolved, Davies said: “Now, you see a dead baby on the beach in Turkey, and the attitude to refugees changes overnight. Because somehow that connected to people emotionally in a way that lots of other people dying as refugees had not impacted on people.

“And in housing I think we need two things. Either we need an appalling fire where some beautiful young children die, or a riot. We have to get people to feel differently about housing because it needs a huge effort, it needs a lot of money, and needs to be a political priority.”

After the BBC’s Mark Easton, who was chairing the panel discussion, challenged Davies on her comments, the housing association boss defended her position, saying “we need a disaster or a riot” to make the public realise the importance of building affordable homes.

Notting Hill Housing is one of the capital’s largest housing association. Launched in 1963 it now manages over 30,000 properties.

As well as being the chief of the housing association Davies has several other roles, including one as governor of a mental health trust in Camden.

Davies was previously chief executive of Servite Houses and director of housing in Brighton and Hove.

For more details on the RESI Conference