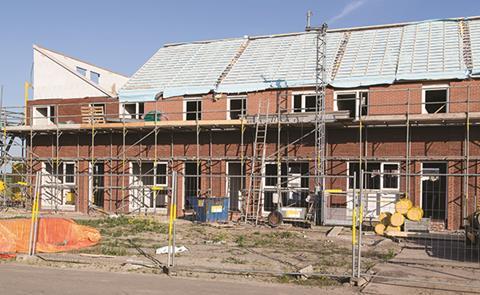 1) Ministers get tough on developers

Developers that do not build out sites where they have planning permission will have their land seized by local authorities under government plans unveiled in the housing white paper.

The government is preparing guidance to encourage local authorities to use compulsory purchase powers to seize “stalled” sites from developers and then auction off the land to other builders. The proceeds from the auction will then pay back the original developer.

Read the full details in our news story.

2) Government cracks down on local authorities that oppose development

As well as getting tough on developers, the government will target local authorities who are not enabling development to go ahead.

This involves the introduction of a new housing delivery test that will highlight local authorities that do not deliver the homes their area needs and introduce presumption in favour of planning permission in those areas.

From November 2018, if housing delivery is less than 25% of need – as identified in the local plan or in projections – then developers will be granted automatic planning permission on sustainable schemes they bring forward apart from in exceptional circumstances. This proportion will increase to 45% in 2019 and 65% in 2020.

The white paper also set out a requirement for all local authorities to be covered by a local plan that is amended every five years. The government will “intervene” if necessary to ensure plans are put in place.

The government will also consult on introducing a standardised method of assessing housing need to help streamline the planning process.

The government announced that it will examine how the planning system impacts on modern methods of construction – but most of the encouragement for modular construction will come from financial support from the Home Building Fund, administered by the Homes and Communities Agency (HCA), which will also target small and medium-sized developers.

HCA chair Sir Edward Lister confirmed to Property Week that the organisation plans to invest some of the £3bn in modular construction factories. The HCA is discussing plans for new factories with a number of developers, he said, and will consider taking a direct stake in the factories or providing loans for others to build and manage them.

The HCA will also put its own land forward for modular construction factories, and has already identified one site on which a factory will be built, he said.

The government announced a range of measures aimed at encouraging the build-to-rent (BTR) sector. These include allowing local authorities to proactively plan for BTR schemes, and making it easier for BTR developers to offer affordable private rented homes.

To do this, the government will create a separate affordable housing class for BTR, called affordable private rent, which will require developers to deliver at least 20% of developments at a 20% discount on market levels. In exchange, developers will get greater planning certainty. The measures are outlined in a BTR consultation document published alongside the white paper.

The government will also consult on plans for three-year tenancies to be offered on all BTR schemes. 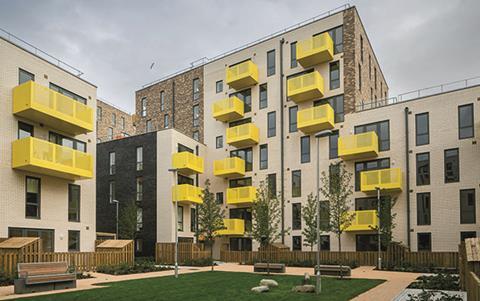 The government backtracked on its landmark starter homes policy. Initially, ministers said that starter homes – available at a 20% discount to first-time buyers – would have to account for 20% of new developments. Now, 10% of all developments will have to consist of “affordable home ownership” units.

Any starter homes will only be available to those buying with a mortgage, as opposed to cash, and a household income of less than £80,000, or £90,000 in London

Planning policy will be amended to ensure that low-density development is avoided in areas where there is a shortage of land. In a further bid to increase numbers, the government will promote the building of high-density sites in areas well served by public transport.

This could include replacing or building over low-density uses, like car parks, or building on top of existing buildings.

The government reaffirmed its commitment to protecting the green belt, contrary to reports ahead of the paper’s publication. It would introduce policy so that local authorities can only amend greenbelt when they have explored “all other reasonable options”, it said.

Any loss of green belt must be offset by higher contributions from developers or improvement to existing green belt land.

Local authorities must place “great weight” on the value of development on brownfield land in their local areas, the government said in the white paper.

The government also signalled support for small and medium sized builders by announcing that 10% of all sites allocated for development must be half a hectare or less in size, and that local authorities must work with developers to divide up larger sites.

From July, local authorities will be able to increase planning fees by 20% if they agree to invest the extra money into their planning department.

The government will also consult on introducing fees for planning appeals, which would be refunded if the appeal is successful.