Indian property 'will not be heavily impacted by attacks' 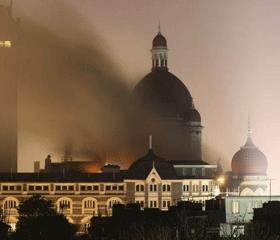 Speaking about their interim results today, Ishaan Real Estate, an Indian developer, and Eredene Capital, a port logistics and infrastructure developer, both dismissed the impact as being short-term.

Neel Raheja, director at Ishaan said that he did not expect demand in Mumbai to be damaged by the attacks.

‘In the short term we are seeing companies and individuals deferring their travel plans,’ he said. ‘But the city has been resilient and will bounce back to normal. This is not the first terror attack India has seen – after the last two times there was no reduction in business.

'People will be more cautious, but we are not seeing any larger impact on the Indian economy or property market.’

Alistair King, CEO at Eredene said: ‘There is a substantial growth in the Indian economy of 7% GDP and a 15% increase in demand for container business. I don’t think the terrorist attacks will have a major impact on this – or investors’ appetite for India.

'If we were running a series of hotels then there could be an impact, but in the infrastructure sector, we do not see there being any change.’

In the six months to 30 September, Ishaan saw its net asset value per share fall by 13.2% from 151p to 131p – which it said was in line with the decline in the Indian market.

Raheja blamed the fall on problems caused by the weakening currency and a 50-100 basis point rise in yields.

It has little debt – a loan to value ratio of 10% - which it said it was considering redeeming.

Raheja said that its development pipeline of 22.1m sq ft in India would not suffer from a 10-20% fall in demand because it would be mitigated by a 70% drop in developments.

In comparison to Ishaan, Eredene’s NAV remained largely unmoved from 24.1p per share to 23.5p a share in the nine months to 30 September.

However, like Ishaan, the company has suffered from falling values.

Following revaluations, the company has seen unrealised loss of £1.5m which has led to an after-tax loss of £1.8m representing a loss per share of 0.75p.

King said the company has made nine investments this year totalling £51m, which made up 92% of the funds raised in 2006, and the company is capital raising with a ‘house-hold name bank’ in order to expand further in India.

It is also in talks with a non-UK based investment partner to launch a £200m fund to invest in Indian ports and logistics.

At 30 September it had a cash balance of £31.2m and said it had ‘no significant debt on the balance sheet’, but it will not be paying a dividend to shareholders this year.

Both Ishaan and Eredene have seen their share prices fall 82% and 52% respectively between 1 January and 1 December this year.